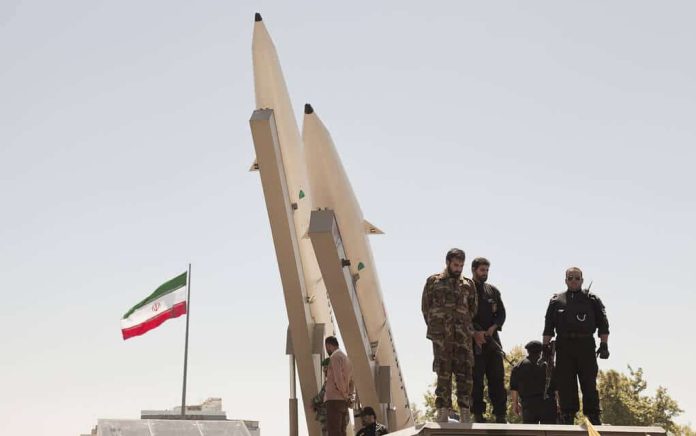 (RightWing.org) – President Biden is already learning that sucking up to bullies doesn’t work. During his campaign, he repeatedly promised to sign the US back up to the flawed Iran nuclear deal he helped negotiate as vice president, but that wasn’t enough for the mullahs. Less than a week into Biden’s presidency, they’re already turning the screws on him.

The US needs to work with Iran to get back to the Iran Deal! https://t.co/Sgz0fhbRvP

On January 26, Iranian Cabinet spokesman Ali Rabiei warned Biden that he doesn’t have “indefinite time” to take the US back into the nuclear deal. Iran wants Biden to lift the sanctions imposed by President Trump in retaliation for Tehran’s breaches of the agreement, and Iran also wants to continue expanding its nuclear research. The question is, what are the consequences if Biden doesn’t obey Iran’s demands?

The Iranian ayatollahs and the paramilitary Revolutionary Guards under their control are among the world’s largest sponsors of terrorism. Iran can’t respond with economic sanctions when Biden’s time runs out, so terrorism is the lever Iranian leadership is likely to pull. When Trump was president, Iran blustered but didn’t dare do anything. Now, the ayatollahs sense weakness in the White House, and they’re moving fast to exploit it.