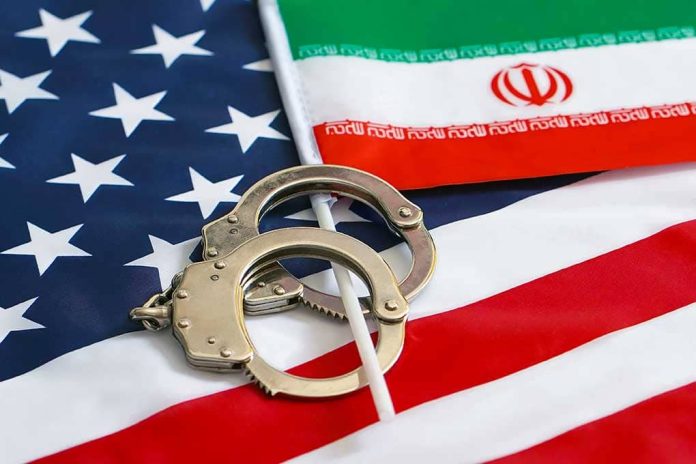 (RightWing.org) – Iran’s president claims that “other world powers” are backing the rogue state’s demands to have US sanctions lifted. Hassan Rouhani says they’ve reached a “main agreement,” leaving just the details to be worked out. The Biden administration isn’t denying it.

Today #Iran's President Hassan Rouhani said: "All parties to the talks have agreed to lift all major sanctions on oil, petrochemicals, shipping, insurance, the central bank & so on. We have taken the main step and discussed the details. The main agreement has been reached." 1/2 pic.twitter.com/7oNPVTJsqQ

On May 20, Rouhani told Iranian journalists that negotiations in Vienna over the future of Obama’s nuclear deal – which let Iran continue building reactors – have reached a deal to lift all sanctions, with just “details and finer points” at issue. Iran has demanded the lifting of US-led sanctions on its regime before it agrees to any limits on its nuclear research. Under President Trump, the US insisted that sanctions would stay until Iran abandoned attempts to make weapons-grade uranium, but Biden has proved much weaker.

Asked to confirm Rouhani’s claim, a State Department spokesman made a vague statement about “challenges remaining” but didn’t deny reaching an agreement. With Iran keen to have the negotiations over before their presidential elections on June 18, we’ll soon know if Biden caved to the ayatollahs yet again.