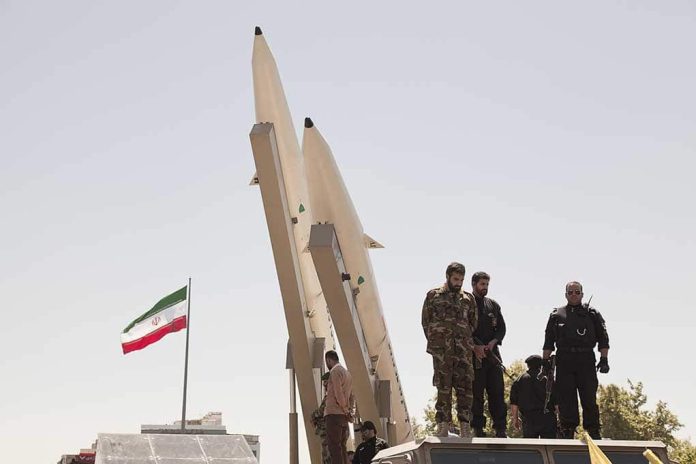 (RightWing.org) The International Atomic Energy Agency (IAEA) head has warned that Iran’s uranium enrichment program is now in the territory that “only countries making bombs” enter. Will President Biden finally realize that the 2015 nuclear deal he helped negotiate is dead and should stay that way?

On May 26, IAEA chief Rafael Grossi told reporters that Iran’s uranium enrichment to 60% U-235 is “a very serious thing,” adding that no country enriches to that level unless they have a weapons program like the one Iran denies having. He said as far as nuclear deals go, Iran is now past the point of no return. “The linear return to 2015 is no longer possible,” he warned.

IAEA chief: Iran’s uranium enrichment now at 60%,“A country enriching at 60% is only countries making bombs are reaching this level”
He urges tight monitoring,warns that even if 2015 pact is revived Iranian program cannot be rolled back to previous status https://t.co/YTVPH5QlLp

Meanwhile, Biden still has negotiators in Vienna struggling to resurrect the failed deal. So far, the US team has made repeated concessions, which Iran just grabs then asks for more. Now, with the man who would need to police a renewed deal saying it can’t be done, Biden needs to admit defeat and treat Iran as the rogue state it actually is.