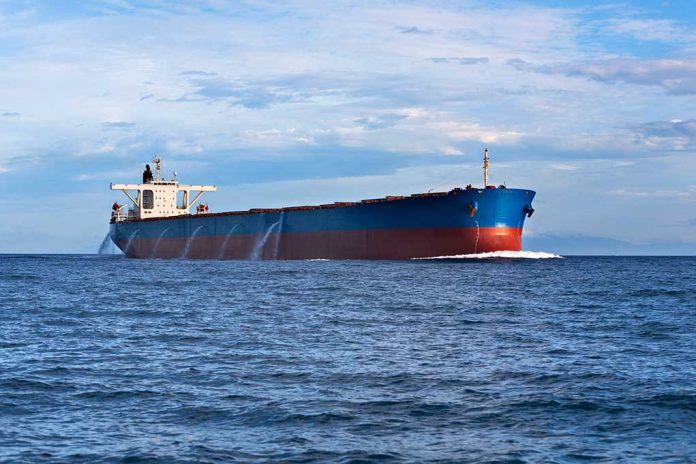 (RightWing.org) – Right now, the West’s main weapon against Russian aggression is the threat of economic sanctions. Vladimir Putin’s tanks might still be advancing in Ukraine, but Russia’s economy is taking a beating behind them. But can sanctions still be effective if one of the world’s largest countries decides to blow a hole in them?

On March 13, two Indian officials anonymously leaked the news that Russia has offered their country oil at a discounted price, and the Indian government is considering accepting it. It’s easy to see why this deal is attractive to both sides. India has a huge and growing demand for oil, and rising prices are a heavy drain on their economy; discounted Russian oil could save them a lot of money.

Meanwhile, the rest of the world is freezing Russia out of the global financial system. If they could sell oil and other resources to India with a simple cash transaction, they could get their hands on the hard currency they need to keep their own economy afloat. As well as oil, India would be keen to buy raw materials for fertilizers, which it distributes at subsidized prices to the country’s millions of small farmers.

On Sunday, Reuters emailed the Indian finance ministry to ask if the allegations were true. So far, the ministry hasn’t replied. Will India cripple Western sanctions in exchange for cheap fuel and fertilizer?