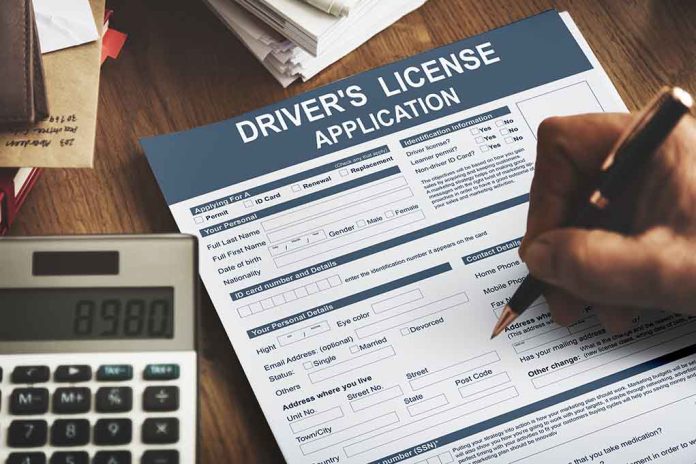 Driver’s Licenses For Illegal Immigrants! – Where Did This Happen?

(RightWing.org) – Congress passed the Real ID Act of 2005 to establish federal standards for drivers’ licenses and require states to verify applicants’ status as citizens or lawfully admitted aliens. Several states adopted the measure, but others decided to allow illegal immigrants to get drivers’ licenses, particularly those with Democratic-led legislatures.

During the week of June 5, the Massachusetts State House and Senate voted to override Republican Gov. Charlie Baker’s recent veto of the Work and Family Mobility Act (H.4470), which will allow illegal immigrants to obtain state-issued drivers’ licenses.

Supporters of the measure claimed the bill would make the state’s roads safer, but Gov. Baker said it would make it easier for non-citizens to register to vote in elections. Democrats hold an overwhelming majority in both state chambers, which resulted in the veto’s quick override. The new law goes into effect on July 1, 2023.

Despite Democratic-led efforts, H.4470’s future remains uncertain. GOP gubernatorial candidate Geoff Diehl recently reached out to Massachusetts mom and immigration activist Maureen Maloney to ask if she would lead an effort to overturn the measure. An illegal alien killed her son in an accident while driving drunk in 2011.

On June 13, she filed a petition with the Massachusetts Campaign and Political Finance Office, paving the way to get the new law on the November ballot.