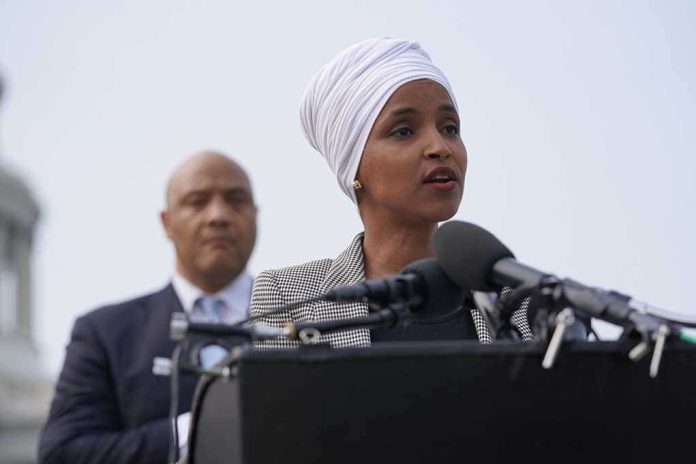 (RightWing.org) – A far-left Democrat is trying to block US arms sales to Saudi Arabia, even though the Biden administration approved the latest deal. It’s a dangerous intervention in a complicated issue.

On November 4, the State Department approved a $650 million deal to supply Saudi Arabia with 280 AIM-120C air-to-air missiles. It’s the first major arms deal of the Biden administration and a test of the relationship between the US and Saudi Arabia. The Gulf kingdom is far from being a free democracy, but it’s a vital US ally in the Middle East.

The Shia Iran regime dominates the east coast of the Persian Gulf, and Shia-majority Iraq dominates the northwest. Saudi Arabia is the most powerful of the Sunni Arab states; it’s also one of the few Arab countries maintaining friendly relations with Israel. The missile deal will help the kingdom defend itself from air attacks by Iran or its Houthi proxies in Yemen.

Agree. Selling weapons to Saudi Arabia while they continue to slaughter Yemenis is unacceptable. If we truly believe in putting human rights at the center of our foreign policy we would not be arming human rights abusers. Working on legislation to stop this sale this week. https://t.co/b0b33Eyasz

In spite of all this, Representative Ilhan Omar (D-MN), well known for her support of radical Islamic causes, is trying to halt the deal in its tracks. Criticizing the Saudi-led war against the Houthi rebels, she says the US “should never be selling human rights abusers weapons” and demands Congress stop the deal. It’s unlikely she’ll succeed; Omar has filed a legislative tool called a joint measure of disapproval, which needs to pass the Senate and then survive a veto. The chances of that are slim – but if she does block the deal, the Saudis will have to buy their weapons from somewhere else, and that would reduce our influence with Saudi Arabia as an ally.