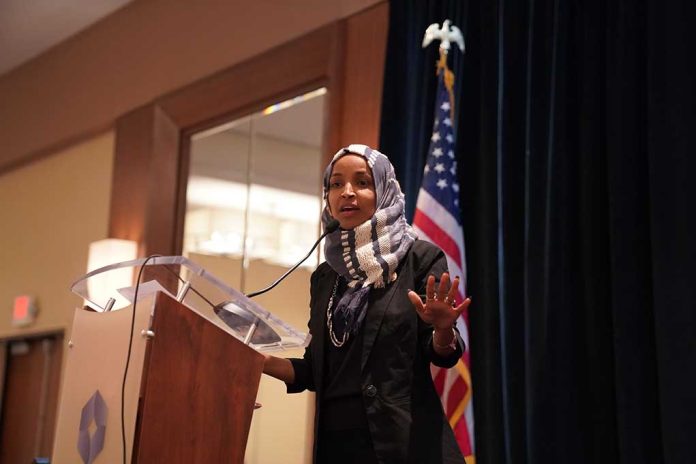 (RightWing.org) – There were signs of tension on the far left last week, after two radical congresswomen disagreed about supporting President Biden. Both women are members of the so-called “Squad.” Up until now, they’ve been close allies, but that could be changing.

Ilhan Omar, unlike AOC, ‘of course’ will support Biden in 2024: report https://t.co/rVAXJW0ZgR via @nypost

Last Sunday, Representative Alexandria Ocasio-Cortez, AOC, (D-NY) spoke to CNN, and was asked if she would support President Biden if he runs for a second term. The famously extreme lawmaker refused to endorse the president, saying “We’ll cross that bridge when we come to it.” Her comments, and refusal to back Biden, were another blow to the president at a time when his popularity is already at a record low.

When Representative Ilhan Omar (D-MN) was asked if she endorses Biden, her questioner probably expected a similar answer. After all, Omar is a member of the “Squad,” a small group of socialist legislators, and her views are usually close to AOC’s on most subjects. However, this time she said that “of course” she’ll back Biden if he runs again. A growing number of Democrats think someone else should lead the party into the 2024 election, the difference of opinion between Omar and AOC shows that this issue has the potential to split the party down the middle.