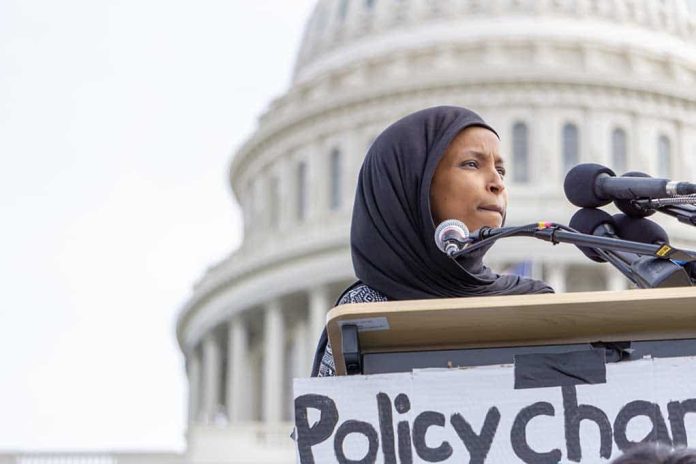 (RightWing.org) – Progressive “Squad” member Rep. Ilhan Omar (D-MN) has an annoying habit of demanding accountability from everyone except fellow Democrats and lefty-Liberals. But, as one might expect, she has another bothersome quirk when it comes to personal integrity. She fails to hold herself to any ethical standard.

On August 31, the National Legal and Policy Center (NLPC) filed a seven-page complaint with the Office of Congressional Ethics (OCE), asking it to initiate an investigation to determine whether Omar failed to report income in her mandatory financial disclosure reports for 2019 and 2020.

A complaint claims that Ilhan Omar possibly committed a felony by failing to report income she may have received from a 2020 book deal. Spokesman for Omar dismissed the allegation by calling the watchdog a "far-right group with ties to the Trump campaign" https://t.co/FIUjqFFgF3

The watchdog group alleged Omar failed to disclose “assets and income” from a 2019 book contract along with any royalties she received from book sales beginning in May 2020. The NLPC also claimed she “grossly” undervalued her husband’s partnership interest in a lucrative political consulting group he owns and founded called the E Street Group, LLC.

Failure to disclose either of those assets is a federal offense that carries potential jail time. However, it’s probably best not to hold one’s breath waiting for justice to prevail.

America needs to have confidence in its leaders. Perhaps the voters can take matters into their own hands during the 2022 midterm elections.