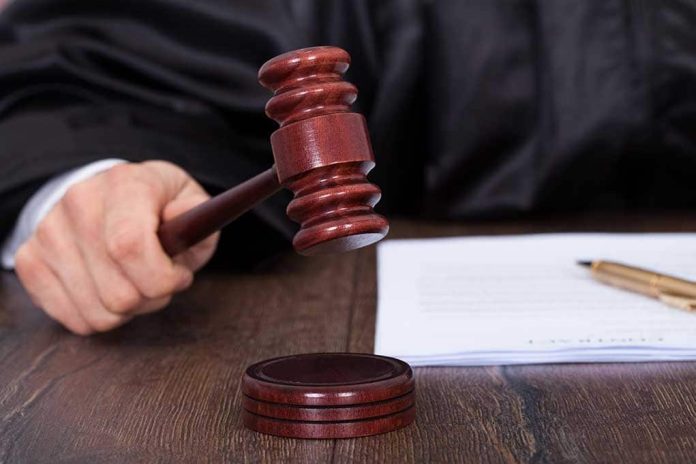 (RightWing.org) – What is it with Democrats and redefining words? In the 1990s, former President Bill Clinton tried to redefine the definition of what “is” and isn’t, and sex. Barack Obama attempted to redefine spying after the National Security Agency (NSA) got caught searching American’s emails and texts. Democrats seem to think that if they simply redefine the meaning of words, they can get away with virtually anything.

It appears that President Joe Biden learned well from his predecessors. In September, the president issued an order to the Occupational Safety and Health Administration (OSHA) to draft a resolution requiring those who work for companies with 100 or more employers to get vaccinated. On Saturday, November 6, the US 5th Circuit Court of Appeals issued Texas a temporary victory in a lawsuit filed by Texas Attorney General Ken Paxton last week. The White House followed up by saying the mandate isn’t a mandate at all.

A three-judge panel of the 5th Circuit ruled that the OSHA vaccine mandate raises serious legal and constitutional issues. It granted an emergency halt to the vaccine regulation that the Biden administration plans to begin enforcing on January 4. The court added it would quickly consider an injunction against the vaccine and testing requirements. It ordered the administration to file legal paperwork with the court by Monday afternoon.

The Labor Department says it is prepared to defend the vaccine mandate in court and that the administration is confident it will win.

White House Redefines the Meaning of Mandate as Questions Arise

OSHA exists for workplace safety issues. The small federal agency ensures employees have safe work environments and that employers provide the proper tools and equipment to assure worker safety. If OSHA can force a vaccination for COVID-19, what’s to stop it from forcing a flu shot, common cold safety requirements, or any other burdensome rules and regulations to keep workers “safe.”

On Saturday, White House Deputy Press Secretary Karine Jean-Pierre offered a shocking statement to get around the Constitutional questions. She said from a legal perspective that she wanted to counter any misinformation or disinformation, which is code for everyone else is wrong, and we’re right. Jean-Pierre said the OSHA regulation isn’t a vaccine mandate — it’s a workplace safety issue.

Okay, if it’s only a workplace safety issue, why isn’t the vaccination uniformly required for all businesses? Are the only ones able to spread COVID-19 those who work in companies with more than 100 employees? Did Dr. Fauci determine that COVID was a workplace discriminator?

The court may consider the First and Tenth Amendments in its deliberations with a leading question: Why is one group of employers singled out over another? By playing word games to avoid legal scrutiny, the White House is putting itself in a less endearing position with courts that may be trying to strike a balance between public safety and Constitutional protections.

The White House should stop the spin and call it what it is: a mandate. Is it any wonder Biden’s approval ratings continue to sink? Some already believe he’s the most lawless president in modern times. This case may not help change that impression.