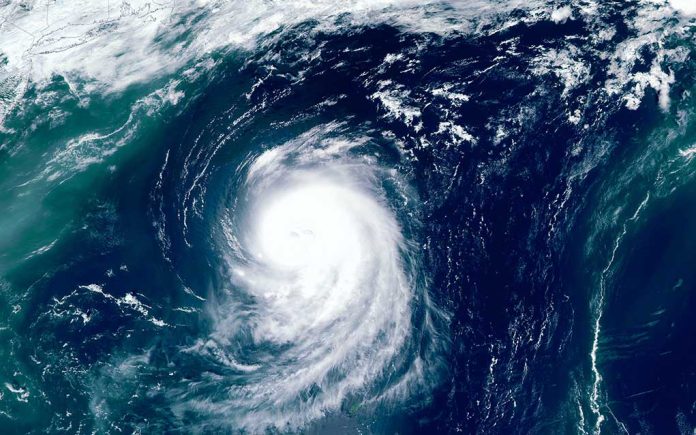 (RightWing.org) – Hurricane Ida has wreaked havoc on hundreds of thousands of Americans spanning from the southern border of Louisiana to New York City and beyond. Ida caused massive damage to refineries scattered across Louisiana’s coastal shores and offshore drilling platforms. Unfortunately, Americans are likely a long way from feeling the storm’s full economic impact.

On Tuesday, August 31, the US Energy Department released its latest executive summary detailing the impact of the hurricane. Several pipelines halted operations in the storm’s immediate aftermath, and at least nine refineries shut down, leading to a daily loss of about 2.3 million barrels of refinery capacity. That figure constitutes roughly 13% of the total US capacity.

5th largest storm in U.S. history? At a time like this, Ida will have an economic impact on the Gulf coast for years to come… https://t.co/VkbP1v9phi

The assessment also noted that 94% of natural gas and 95% of oil production in the federally controlled areas in the Gulf of Mexico remained in shut-in status, meaning production caps have been reduced as a deliberate attempt to constrict the oil supply due to natural disasters.

Potentially making matters worse, OPEC and a group of Russian producers announced they would maintain current production levels despite a US request to boost them.

Damage assessment is ongoing, and conditions could worsen. What do these circumstances mean for consumer prices, not only for gasoline but also for food supplies and other goods transported by trains, planes, and trucks? Ultimately, time will tell, but as the American Red Cross suggests, “Hope for the best; prepare for the worst.”