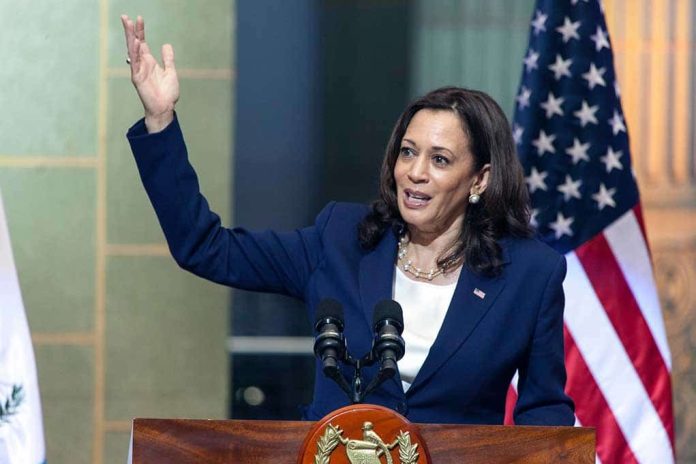 Harris didn’t address the student’s concerns directly. Instead, she praised her for speaking out and making her voice heard. “Your truth cannot be suppressed,” Harris exclaimed.

However, truth be told, Harris has a long-standing history of ignoring contrary opinions. For example, the vice president has taken a rather cavalier approach to criticism about the administration’s policies regarding COVID-19 and vaccines.

Likewise, Harris has been shamefully intolerant of reporters’ questions regarding her earlier refusal to visit the nation’s southern border. In one instance, she lashed out at a Colombian reporter who attempted to ask a follow-up question. She snarled, “I’m not finished,” and waved her finger at her in the heat of the moment.

Harris also has a long-running practice of calling for censorship over other’s free speech rights. Remember when she called on Twitter to shut down former President Donald Trump’s Twitter account during CNN’s Democratic primary debate in October 2019?

As usual, Harris flaunts her hypocritical perspective on free speech, one of the country’s foundational principles. Then again, what’s new?