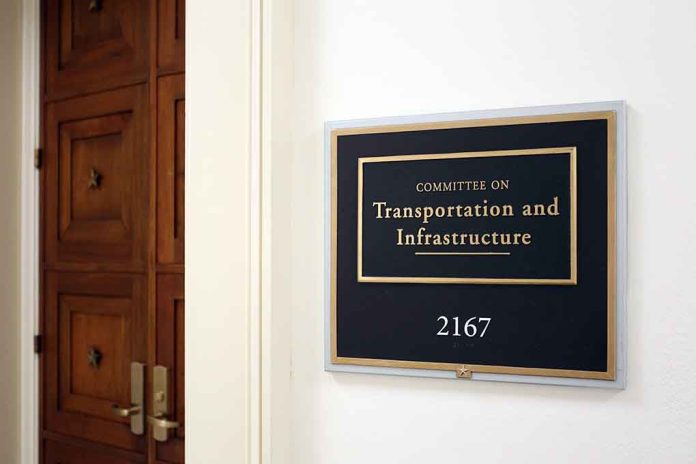 (RightWing.org) – Politicians often seem to feel the rules don’t apply to them, but one Democrat lawmaker is taking this to a new level. She wants rules for other politicians — to prevent them from doing things she’s doing herself.

She serves on House Transportation & Infrastructure, which has helped shape the green infrastructure initiative https://t.co/T6ReJVEWNY

In April, Representative Sharice Davids (D-KS) endorsed a bill that would ban members of Congress from owning stocks. The aim of the bill is to restore trust in politicians, following revelations that legislators are exempt from the usual rules on insider trading — and could profit by buying and selling stocks they knew could be affected by upcoming legislation. Davids says the law is needed to “improve transparency and accountability.”

However, it turns out that while Davids thinks legislators owning stocks is a bad idea, she has a fairly impressive portfolio herself. It turns out the congresswoman owns stocks in three green energy companies — FuelCell Energy, Maxeon Solar Technologies, and SunPower Corporation.

Interestingly enough, all three companies have actively lobbied the federal government for funding and other incentives — and Davids sits on the House Committee on Transportation and Infrastructure, which plays a big role in President Biden’s green agenda. She can make decisions that will help those companies, and with her stock holdings, she stands ready to benefit if they make money.

Davids might be backing the bill, but if she really thinks stock trading is wrong why is she doing it?