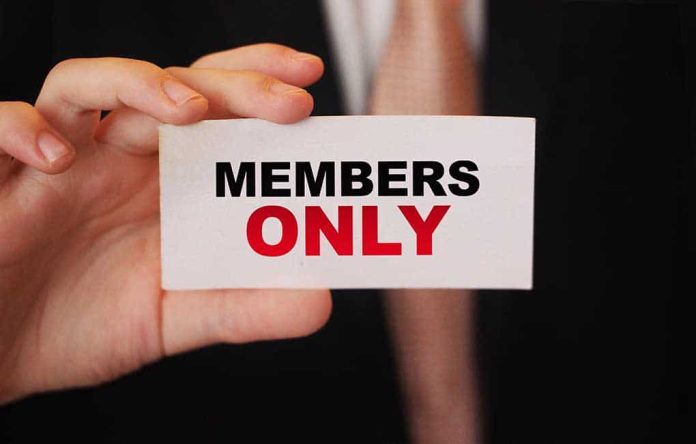 (RightWing.org) For over a year, conservatives were called racists for not supporting the far-left agenda. Across the country, protests and riots broke out over allegations of police brutality and racism during the summer of 2020. Democrats jumped on the opportunity. During the 2020 presidential election and into the first six months of President Joe Biden’s first term, the newly inaugurated president repeatedly claims that America’s institutions are systematically racist.

Yet, racism is hiding inside the Democratic Party in plain sight. In the wake of the deaths of George Floyd, Ahmaud Arbery, and Breonna Taylor, Democratic Sen. Sheldon Whitehouse (D-RI) validated the voices of protestors. He said, “We can and must do better to root out systemic racism in its many forms.” However, does it start with him? On Monday, June 21, news broke that Whitehouse and his family are longtime members of one of America’s oldest and most exclusive, allegedly all-white, beach club.

Apparently, both Whitehouse’s and his wife’s families have been members of Bailey’s Beach Club for decades. In 2017, a local reporter asked the powerful US Senator about the issue after uncovering that Whitehouse was also a member of another alleged all-male, all-white club called the Bellevue Avenue Reading Room.

In 2017, Whitehouse was confronted about Bailey’s and said it would be nice if management “changed a little bit.” But, he added, “I think the people who are running the place are still working on that, and I’m sorry it hasn’t happened yet.”

What is there to work out? Second, Whitehouse’s first impulse wasn’t to deny the story. He deflected it.

Whitehouse is a powerful US Senator who repeatedly tries to shake down the US Supreme Court to vote for Democratic interests. Is he suggesting he has no influence in changing, exposing, or disassociating with an institution that might embrace racism?

Since the story broke, where are the protests from the Left and demands that Whitehouse resign?

What about his political colleagues in the White House and Congress?

Where is Black Lives Matter?

If Whitehouse were a Republican, the consequences of this would be dire.

It’s Time for the Politics of Race to End

The Whitehouse revelations expose that race is being used by Democrats as a political weapon when it suits them, but ignored when it doesn’t. It’s the worst kind of politics imaginable!

The revelation is disturbing on so many levels. While Biden, Democrats, and even Whitehouse spew that systematic racism is running wild in government institutions and society, perhaps they need to reevaluate their own political party first.

Isn’t it interesting how Democrats protect their own but encourage protests and riots in the streets?

It’s time to stop racial politics and force the government to work for all Americans. Not Black, Asian, Hispanic, or White Americas — ALL Americans.