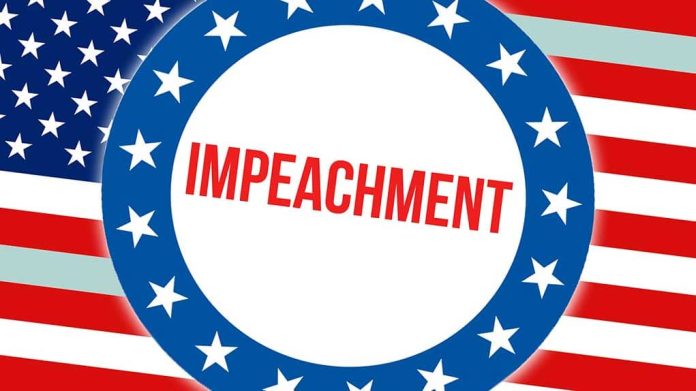 (UnitedVoice.com) – The remaining eight days of President Donald Trump’s first term in office seems like a repeat of the last four years. However, these final days are more intense with more on the line for the country. House Speaker Nancy Pelosi (D-CA) is moving forward with a “snap” impeachment of the president that at least one scholar says is dangerous to the US Constitution.

Over the weekend, a group of House Republicans called on Joe Biden to put pressure on Pelosi to stop her efforts at a second impeachment of Donald Trump. The GOP Representatives did not participate in the objections to the Electoral College votes during the joint session of Congress to certify the presidential election on January 6.

On Wednesday, January 20, Joe Biden is scheduled to be inaugurated as President of the United States. However, between now and then, Democrats and some Republicans intend to impeach Trump for a claim he is responsible for an insurrection against the US government.

On behalf of six other House members, Rep. Ken Buck (R-CO) appealed to Biden to step in and persuade Pelosi to halt the impeachment effort. The GOP Representatives say that Pelosi is acting improperly in the “heat of the moment” and doesn’t allow for “great deliberation.” Additionally, the group says that the action would undermine Biden’s ability to unify the country and would be a distraction amid a pandemic inflicting damage upon millions of Americans.

They further called the impeachment effort partisan, unnecessary, and inflammatory.

George Washington University law professor Jonathan Turley warned that a fast impeachment by the House would “raise serious concerns over the use of impeachment in the future.” Turley, a highly respected Constitutional scholar on Capitol Hill, cautioned that Democrats who used the same type of heated rhetoric over the last four years shouldn’t be casting stones.

However, Turley’s most dire warning was the precedent a quickly rushed impeachment would create. He said his concern and objection to the impeachment was it wouldn’t just create a precedent for an “expedited pathway of snap impeachments.” Congress would set a dangerous new standard outside of the Constitution that would allow for impeaching a president based on their supporters’ actions.

As of Tuesday morning, January 12, Democrats are expected to move forward with the impeachment debate beginning Wednesday morning.