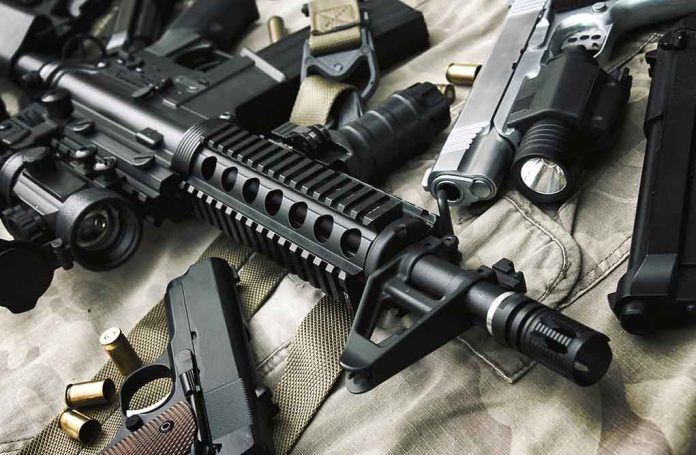 Lawmakers Have VOTED On Assault Weapons

(RightWing.org) – House Democrats are making another attempt to ban some of America’s most popular guns. A congressional committee has just voted to advance a new so-called “assault weapon” ban. Now, Republicans are mobilizing to make sure the bill fails in the House.

On July 20, the House Judiciary Committee, which is dominated by Democrats, voted 25-18 to advance the Assault Weapons Ban of 2021. The bill, written by Rep. David Cicilline (D-RI) would ban the manufacture, import, sale, transfer or possession of “semiautomatic assault weapons” or “large capacity ammunition feeding devices” (LCAFDs).

The definition of assault weapons is similar to the expired 1994 federal ban, and includes rifles fitted with an array of features that don’t affect their lethality at all. It specifically includes all AR10, AR15 and AK-style rifles. LCAFDs are defined as any magazine or similar device, except tubular magazines in .22 rimfire calibers, which can hold more than 10 rounds. The bill grandfathers existing weapons and magazines.

House Majority Leader Steny Hoyer (D-MD) says he “may” bring the bill to the House floor before Congress breaks for its recess in August. However, while the Democrats can certainly bring the bill to a vote, it doesn’t look like they can pass it. Right now, no Republicans look likely to vote for it; that means, to pass, it needs the support of 216 of the 220 House Dems. Right now, though, three Democrats openly oppose the bill and at least six more are uncommitted. Only two of those six need to abstain for the bill to fail. Author Cicilline is confident it will pass, but it’s likely he’s jumping the gun on that.