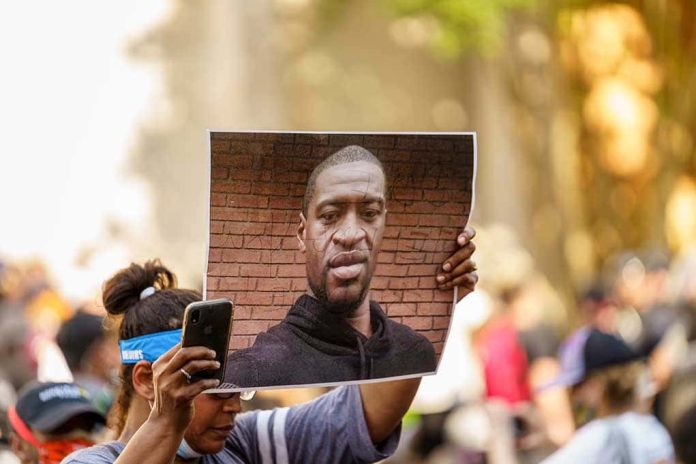 (RightWing.org) – On Wednesday, March 3, House Democrats passed a controversial, wide-sweeping police reform bill on a largely party-line vote. The George Floyd Justice in Policing Act sought to include many of the Left’s reforms without cluttering it with the “defunding the police” message that hurt several Democrat’s re-elections in 2020. However, that doesn’t mean it wasn’t an objective of the legislation.

The bill is named after George Floyd. In May 2020, Floyd died in police custody in Minneapolis, MN. The legislation would ban federal law enforcement from using chokeholds and strip police of “qualified immunity.” Additionally, the legislation would create a national standard for policing to increase accountability.

It’s the second time Democrats introduced the legislation. Last summer, the House passed the same bill. It died in the Senate, where it’s likely to meet the same fate again. However, it’s important to understand how far the Left is going in this legislation and how they are trying to sneak defunding the police into it without getting caught.

Are Democrats Trying to Ruin Policing?

Few argue that police reforms aren’t needed. However, this bill goes much further than the one conservative Sen. Tim Scott (R-SC) proposed last summer. Scott is one of the only black people serving in the US Senate. In June 2020, he wrote an Op-Ed in USA Today sharing his experiences as a black man who found himself unfairly in law enforcement’s crosshairs because of the color of his skin.

Scott called for “justice for all” in introducing his “JUSTICE Act.” The bill sought police reform, accountability, and transparency. However, Democrats claimed it didn’t go far enough. They suggested the Senate’s only black person (at the time) didn’t deal with systemic racism. Once again, they turned common sense reforms into identity politics.

The George Floyd Justice in Policing Act isn’t just seeking reform. It seeks to destroy policing. It may not be the intention, but would likely be the result.

Is Stripping Qualified Immunity a Form of Defunding the Police?

What qualified immunity does is protect law enforcement from individual liability unless a police officer clearly violated someone’s constitutional rights. Unlike most forms of public service, policing is extraordinarily dangerous and can require split-second critical thinking skills to protect individuals, the public, and themselves.

Make no mistake, stripping this essential tool is paramount to defunding the police. Without legal protections, fear of lawsuits will cause many not to enter the profession, which will accomplish the goals of reducing the police without actually doing it.

The bill is likely to fail in the Senate, which requires 60 votes to pass.

In the meantime, Democrats offered Republicans another political tool to wield against them come election time in 2022.