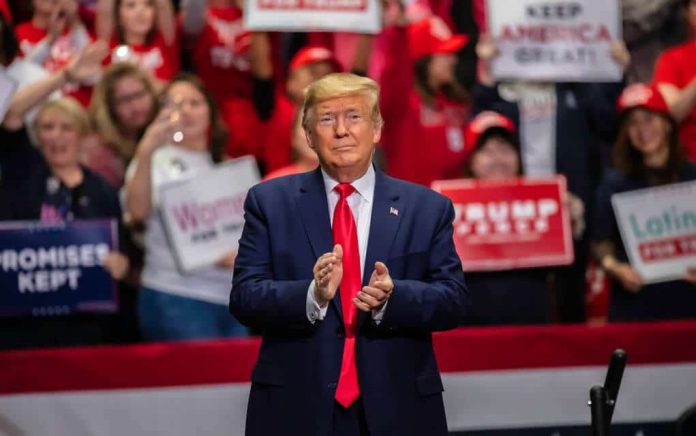 (RightWing.org) – Donald Trump continues to be a major political player for American conservatives despite his recent retirement to his Mar-a-Lago resort in Florida. While he hasn’t discussed the possibility of forming a new party, his long-term intentions remain unclear at the moment.

The February 15 release of a Gallup poll confirmed increasing support for forming a third political party across the political spectrum.

Sixty-two percent of Americans say a third political party is needed in the U.S., up from 57% in September and the highest in Gallup’s trend. https://t.co/QUg6WE7qUL

Conducted between January 21 and February 2, the poll found a total of 62% of American adults said the current two-party system does such a “poor job” of representing their interests that a third party is necessary. That figure represents a 5% increase from polling conducted in September 2020. Broken down by party, 70% of Independents support a third party, 63% of Republicans, and 46% of Democrats.

Last week we reported on a new poll confirming that interest. Conducted between February 5 to 8, it found that 70% of Republicans said they would join or consider coming onboard a new party created by Trump. He confirmed his intention to help conservative candidates during a phone call with Rep. Lindsey Graham (R-SC) over the weekend but made no mention of any third party plans.