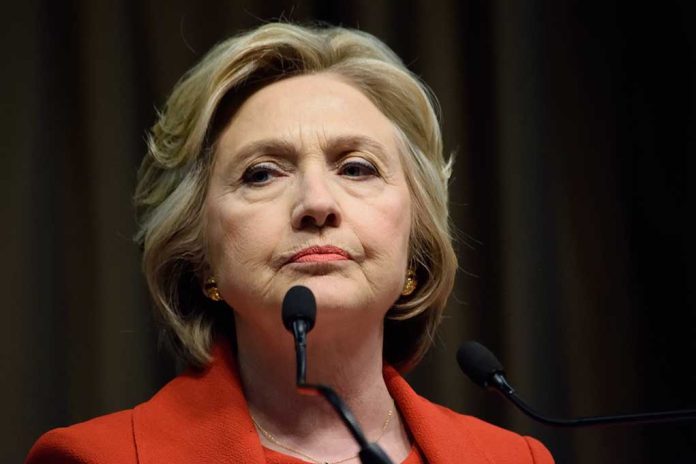 (RightWing.org) – The 2016 presidential election campaign might have been the dirtiest in our nation’s history. Dem candidate Hillary Clinton hired a renegade ex-MI6 officer to smear Donald Trump, and now, it looks as if her campaign staff could also have lied to the FBI.

Prosecutor Durham is zeroing in on her 2016 campaign's role in promoting the collusion hoax.
https://t.co/xZPAsDnN54

Former Clinton campaign officials insist – even under oath, in some cases – they and Hillary didn’t know what was in the 35-page dossier until after liberal media site Buzzfeed published its contents in 2017. However, court documents and other evidence suggest Clinton and her top advisers were closely involved with the smear campaign. In fact, Clinton used her personal Twitter account to spread anti-Trump allegations and brought them up in presidential debates – something that would have been difficult if she didn’t know what was in the dossier.

On January 27, Durham submitted discovery papers revealing he’s looking at further charges against former Clinton attorney Michael Sussman. The same papers show he’s also looking at several other former Clinton staffers. The legal net is drawing closed around Clinton; will she be caught in it?