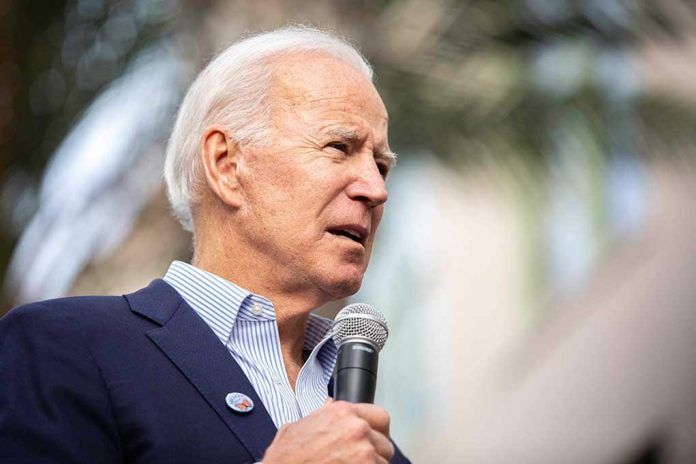 (RightWing.org) – President Biden is well into his second month in the job, and so far, he’s been one of the least visible presidents ever. In fact, he hasn’t held a solo White House press conference yet, and voters — as well as the media — are starting to wonder why.

.@Kevinliptakcnn notes that an analysis of the past 100 years shows President Biden’s 15 most recent predecessors all held a formal solo press conference within 33 days of taking office. Biden has not and it’s day 42.

A Rasmussen poll released on March 9 shows that 52% of voters are worried about Biden’s failure to face the press – and 50% aren’t confident that he’s physically and mentally capable of being president. That’s already edging out the 48% who claim to be confident in Biden’s abilities, and he hasn’t even finished appointing key officials yet.

Biden’s contact with the media is tightly managed and confined to a small group of reporters. Even then, White House officials have started to cut his appearances short after some embarrassing gaffes. Another Rasmussen poll last week found that just 39% of voters believe Biden is really in charge of the administration. Now half of Americans don’t believe he’s even capable of running the show. Imagine the outcome if they’d considered that back in November.