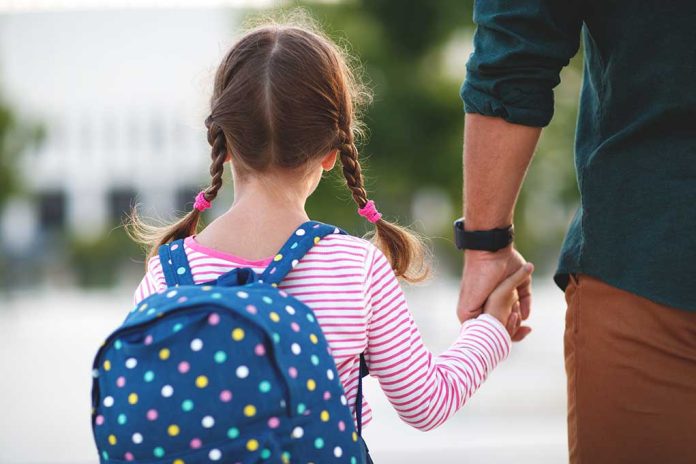 (RightWing.org) – There’s an old saying that it’s better to remain quiet and allow people to assume something than to open your mouth and confirm it. This is especially true for politicians who know their ideas won’t be received well. However, one slip of the tongue and the truth comes out. In this case, it might not even be a slip of the tongue. The far-left of the Democratic Party is no longer afraid to say what’s really on their minds.

On Wednesday, September 29, Virginia Democratic gubernatorial candidate Terry McAuliffe said what many Americans suspect is true. The educational system isn’t about reading, math, science, and history: it’s about indoctrination. McAuliffe noted that parents don’t have a right to tell taxpayer-supported public schools what educators can teach their children.

The Totalitarian Plan Is Underway

McAuliffe is a former Clinton campaign staffer, administration official, and governor of Virginia from 2014 to 2018. The outrageous comment came during a debate after Republican candidate Glenn Youngkin said parents should be involved in their children’s education. Unfortunately, McAuliffe’s counter that parents shouldn’t have any say is far too often becoming the Democratic point of view. It’s an old-school totalitarian form of thinking as a way to transform America.

From the beginning of time, totalitarian states knew the most effective way to control a society was to control the educational system. The more involved parents are in imprinting their values on their children, the less control the government has over them. That’s why McAuliffe’s statement is so revealing. He said parents shouldn’t be involved in their kid’s education. It’s none of parent’s business what kids are learning in school. Only the state can decide that matter.

America’s founding fathers created a system of government from the bottom up that’s designed to prevent totalitarianism from grabbing hold in this country. School boards are elected by the citizens, most of whom are parents. The school board is responsible to voters. Therefore, the public, i.e., parents, have a tremendous say in what their kids learn.

In the American constitutional system, children belong to their parents, not the government. The parents have a right to ensure their children’s education aligns with their morals and values.

In Pierce v. Society of Sisters, the Supreme Court even went as far as to say that a “child is not the mere creature of the state.” The justices added that parents have the responsibility and obligation to prepare their children for life.

Unfortunately, a new generation of Americans is coming into adulthood, and they have no idea about the traditional values of parenthood and education. Surprise! The educational system no longer teaches these values. Many of today’s adults didn’t learn basic civics, government, or history.

Children may have it even worse today as teachers instruct them more about social justice issues than civics and government. The truth is that one is incomplete without the other, but try telling that to Liberals who don’t know history. Instead of creating equality, they are proposing new forms of discrimination. That’s the influence of indoctrination on our children.

Let’s hope that parents continue to stand up for their kids, expose sinister motivations, and vote for people who uphold liberty over totalitarianism.

America’s future is in the hands of parents.