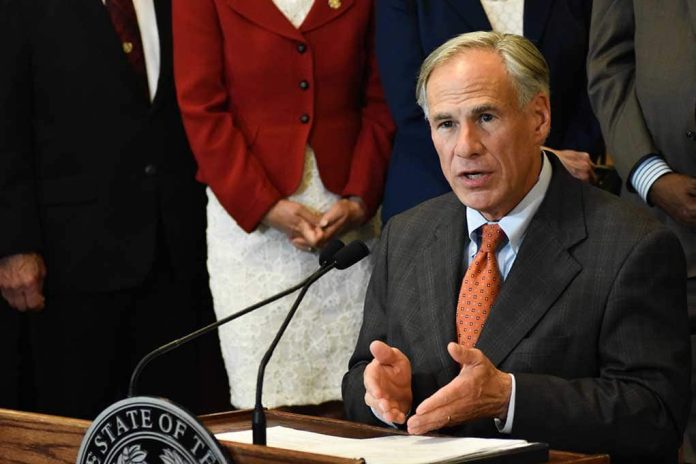 (RightWing.org) – The CDC recently reported a drop of 11.6% in the 7-day average for reported cases of COVID-19. Similarly, it announced a 13.2% drop in hospitalizations. In the wake of these falling figures, Gov. Greg Abbott (R-TX) issued an executive order on Monday, October 11, prohibiting vaccine mandates by any entity in the entire state of Texas.

I issued an Executive Order prohibiting vaccine mandates by ANY entity in Texas.

I also added the issue to the Special Session agenda.

The COVID-19 vaccine is safe, effective, & our best defense against the virus, but should always remain voluntary & never forced. pic.twitter.com/8hHHLyebCk

Abbott’s executive order also noted President Joe Biden’s vaccine mandate could force countless Texans to face the grim reality of job loss despite objecting for “reasons of personal conscience” based on pre-existing medical conditions or their religious beliefs regarding the COVID-19 vaccine.

It remains unclear whether or not Abbott’s order would prevail over federal vaccination mandates. The Supremacy Clause of the United States Constitution grants the constitution and federal law precedence over state laws and constitutions in certain areas. It also prohibits the states from obstructing or otherwise interfering in the federal government’s exercise of its lawful powers. Does that apply to rulings from OSHA, which is how Joe Biden plans to enforce his vaccine mandates?

This issue will most likely be resolved in the courts. However, federal courts have gone back and forth regarding Gov. Ron DeSantis’ executive order in Florida overriding CDC mandates placed on the cruise line industry, so the final ruling is anyone’s guess at the moment.

What do you think? Should state governors have the power to reject federal mandates?