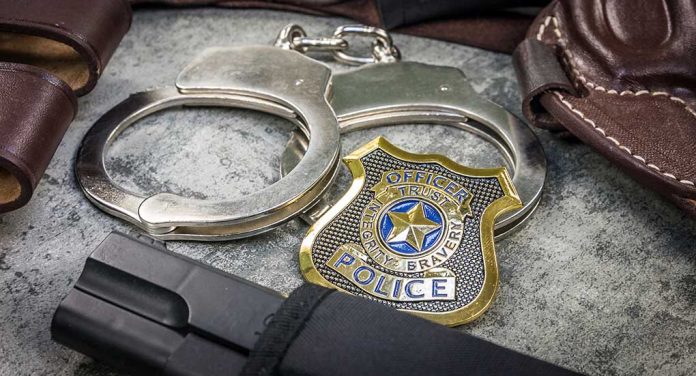 WARNING – “Green Police” To Be Recruited

(RightWing.org) – France plans to hire thousands of new cops to deal with environmental crimes. Many in the country believe arsonists lit most of the wildfires that are sweeping the nation, and now a crackdown is coming. But is this sensible enforcement of environmental rules, or part of a bigger plan?

I’m sure God is have a hysterical laughing fit over the hypocrisy of it all this. Great Reset: French Govt to Recruit 3,000 ‘Green Police’ over Climate Change https://t.co/r1bojODdlp

In an August 20 interview with a French newspaper, Interior Minister Gérald Darmanin said that, as part of an ongoing plan to hire thousands of new cops, they will recruit 3,000 new “green police.” These officers will be part of the Gendarmerie, a branch of the French military that acts as a national police force. Darmanin said he wants every Gendarmerie unit to have members trained in “attacks on ecology.”

The main focus of the new officers will be arson crimes. According to Darmanin, there are 80-120 fires a day in France, and many of them are started deliberately. Authorities have already arrested 26 arsonists this year, and he wants to “massively reinforce” the departments who investigate fires.

It’s easy to understand why France wants to catch arsonists, but does this tie into one of the European Union’s grand schemes? Last week, EU officials called on the bloc to create a “Civil Protection Force,” directly controlled from Brussels, that could operate in any of the 27 member states. Conservative politicians immediately protested, with Romanian MEP Cristian Terheș calling it a power grab by “irresponsible and unaccountable bureaucrats.”