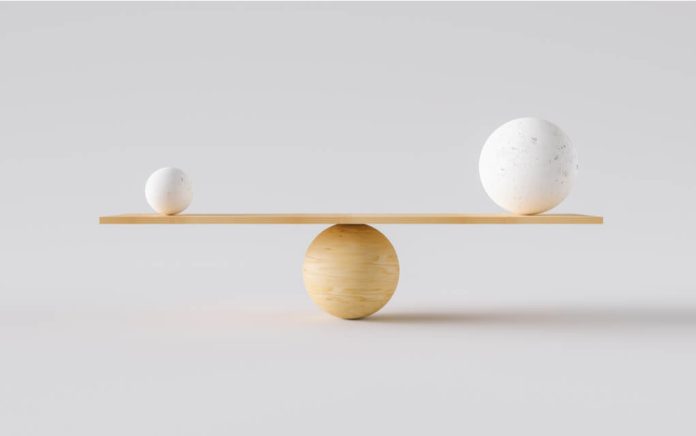 (RightWing.org) – Many believe that equal opportunity is the bedrock of American capitalism. That may not be entirely true, as it depends on what one means by equal opportunity. It appears that President Joe Biden and his administration are about to embark on a dangerous journey to use the power of the government to decide what is equal and what is not equal. In doing so, they could forever change the course of capitalism and what it means to be American.

On Tuesday, January 20, Biden signed an executive order (EO) titled, “Executive Order On Advancing Racial Equity and Support for Underserved Communities Through the Federal Government.” Its purpose is clear: Biden intends to ensure that the government determines who are winners and who are losers.

How Will Government Determine Winners and Losers?

Equality of opportunity is not really what Biden is trying to address. Anyone can choose to learn, gain a skill, and live a good life despite their challenges or circumstances. Could there be more obstacles to overcome for some than others? Absolutely. Ask the former famed pediatric surgeon and Director of HUD, Ben Carson.

Equal opportunity isn’t the goal of the Biden administration, however. Equal outcome is the real goal. Otherwise, government intervention wouldn’t be needed. To achieve this policy goal, an endless, intrusive government is required.

Don’t take my word that this is the goal of the Biden administration.

On Tuesday, White House domestic policy adviser Susan Rice said that every government agency would put “equity” at the “core of policy design.” She added that this initiative would specifically benefit marginalized communities.

Translation – Government Will Decide Your Place in Society

Biden and Rice are speaking in extreme generalities. “Equity” is code for people who don’t have “privilege.” Biden’s EO is the policy goal outcome of social justice, and no one can be against social justice. If you’re opposed, you must be for social “injustice.”

Here’s the problem. Who decides what privilege is? It’s a vital question that’s at the heart of the government transformation of American society. Is there a formula? If some Americans are privileged too much, does it need to be taken away and given to those who have little?

“Equity” will be used to determine who can and can’t get a job, promotion, or go to college.

It’s a form of reward and punishment.

This was never intended to be the role of government. Whenever the government decides who wins and losses, it gains too much power and violates its purpose for existing. The only way to ensure equality of outcome is to ensure that no one has equality of opportunity.

The Biden administration’s attempt at social justice runs antithetical to the American experience and our founding document. This is a restriction on liberty that the Constitution is designed to prevent.

What’s our practical role in this as conservatives? It’s good to talk about the policy difference, but in the end, talking doesn’t change people’s lives. Churches, non-profits, businesses, and individuals can make a difference in someone’s life by investing in them through mentorship, training, and giving someone a chance at fulfilling their dreams.

The message should be that hard work creates opportunity. However, opportunity doesn’t create equal outcomes. Besides, if one becomes successful, should they get the same reward as the person who never tries?