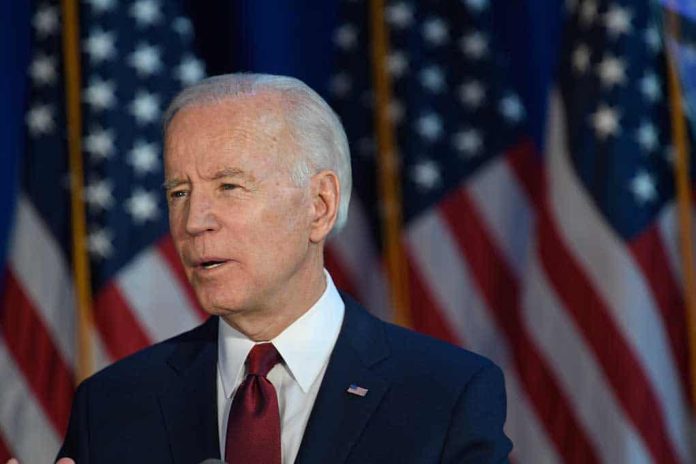 (RightWing.org) – Although the exact origin of the phrase “leader of the free world” remains unknown, it’s typically understood to describe the President of the United States. It’s an awesome responsibility requiring keen intellect and the ability to navigate complex issues and strategies quickly. Republican lawmakers have increasingly expressed concerns regarding President Joe Biden’s competence in these areas.

On June 26, Rep. Jerry Carl (R-AL) said he and Rep. Ronny Jackson (R-TX) believe there is ample reason for Biden to undergo a “simple cognitive test” to confirm his ability to continue to lead the country. Jackson served as the White House physician under the last three presidents.

Given the precedent set and President Biden’s CLEAR mental struggles, I believe it’s past time he take a cognitive test.

I sent a letter to him saying just that! ⬇️https://t.co/6RCKj7pFYd

Continuing, Carl explained that he would take the same test. “If I can judge [Biden] by his [examination]… [the American people can] judge me by mine.”

The request is not the first time the two representatives called on Biden to take a cognitive test. Jackson and 13 other US Representatives, including Carl, sent a letter to Biden and White House health officials on June 17 calling on Biden to “immediately undergo an examination.”

Even Democratic lawmakers are expressing concern regarding Biden’s mental well-being. For instance, Rep. Mondaire Jones (D-NY) told the Associated Press he was perplexed by Biden’s blank stare and awkward silence when he approached him at a recent event.

It seems a reasonable request under the circumstances and considering that Jackson administered a test to Trump in July 2020 after questions arose about his health. For anyone keeping score, Jackson reported that Trump “excelled” at his test.