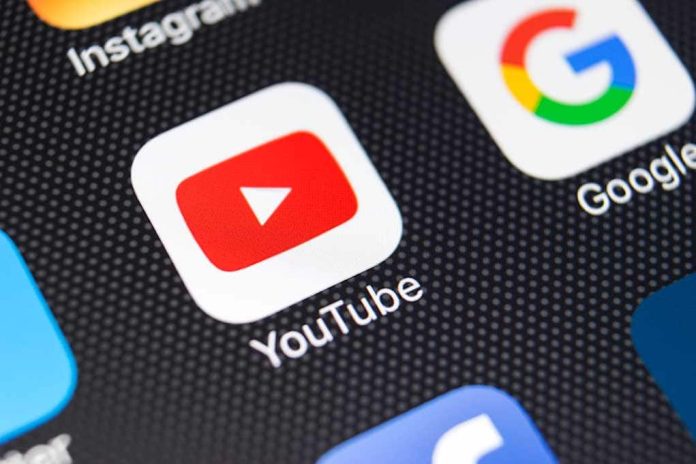 (RightWing.org) – Events of the past year bore out the unbridled bias paraded about the internet by big tech companies. Facebook, Twitter, YouTube, and other industry leaders de-platformed Donald Trump in the waning days of his first term as president. Not yet satisfied, Google appears to be throwing yet another wrench into one of its platform’s operations — this time, to remove an apparent thorn from President Joe Biden’s side.

On Wednesday, November 10, Google-owned video platform YouTube announced it was giving a “thumbs-down” to public dislike counts on all videos uploaded to its site. However, creators can still view the running total of them privately.

YouTube has announced it will hide ‘dislikes’ from videos to curb “creator harassment,” with critics pointing out that this is merely a way of removing the huge amount of downvotes on videos posted by the Biden administration.https://t.co/OhXQREIp1c

YouTube claimed they implemented the change to protect the accounts of small creators from an onslaught of internet trolls harassing them by organizing dislike campaigns against them. According to YouTube, the move promotes “respectful interactions” between site users and content creators.

However, several people weren’t buying that claim by YouTube. For instance, a user on Twitter replied to the news on Disclose TV with a screenshot showing an overwhelming number of dislikes compared to likes on a clip of a recent White House press conference.

Is this the reason? pic.twitter.com/BSaM92k9Vl

Gee, I wonder why they're about to hide dislikes.

It's a total mystery. pic.twitter.com/tCEwDDVdBY

What do you think about this decision? Is it part of a well-intentioned desire to create a friendlier environment, or is it another example of a Big Tech company throttling free speech and skewing public opinion for political gain?