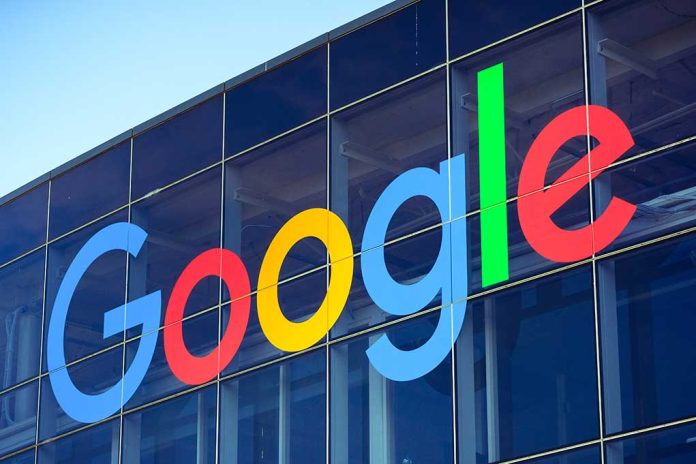 (RightWing.org) – Any pretense that Google wasn’t throttling the voices of conservative causes went out the window in the wake of the 2020 presidential election. On December 9, 2020, Google-owned video platform YouTube announced it would remove any content claiming “widespread fraud or errors” altered the outcome of a presidential election. A year-and-a-half later, Google continues its campaign to erase contrary opinions but recently lost a skirmish with a news outlet regarding a video it censored.

On June 7, the New York Post published an op-ed discussing the recent deletion of its interview with Aaron Mostofsky conducted inside the US Capitol Building on January 6, 2021. Mostofsky, the son of a New York judge, explained that he came to Washington, DC, to express his belief, “as a free American,” that the presidential election “was stolen.” He also said he didn’t believe that only 75 million people voted for then-President Donald Trump. “I think it was 85 million,” he added.

In today’s @nypost, I write on Google/YouTube’s censorship of the Post’s Jan. 6 journalism on the eve of the kabuki committee hearings—and why it’s so significant https://t.co/M5TGf6tkfl pic.twitter.com/IZQQRPaN41

YouTube sent the New York Post a take-down notice, claiming the video violated its rule pertaining to information regarding allegations of fraud during the 2020 presidential election.

In a remarkable about-face, Google reversed its decision and sent the New York Post an email confirming it would let a newly uploaded version of the interview remain on its platform. YouTube’s strategic partner manager said it would allow the clip to stay on its site since the new version “contains context and [doesn’t] violate YouTube’s… guidelines.”

Curiously, the New York Post reported the only difference between the two videos was the addition of a watermark to the newly uploaded one.

What do you think about the timing of YouTube’s effort to censor the clip, days before the January 6 committee’s first televised hearing?