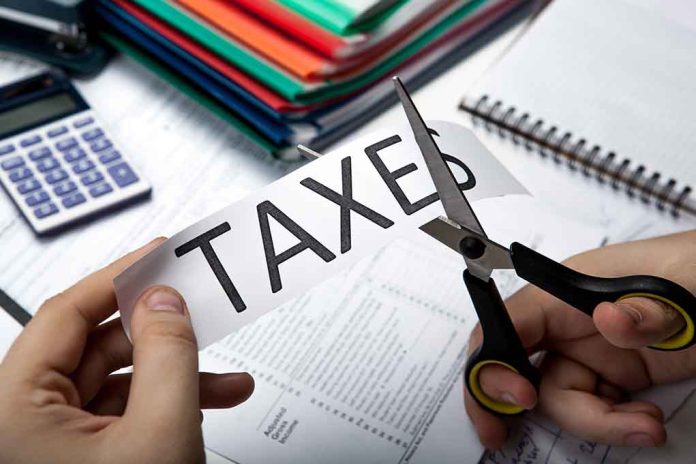 (RightWing.org) – Kristi Noem served in the South Dakota House of Representatives before becoming a US Representative for eight years, beginning in 2011. In 2018, voters elected her as the state’s first female governor. A Republican, Noem has placed tax relief at the center of her political career. In 2017, she helped spearhead the federal Tax Cuts and Jobs Act (H.R.1). Most recently, she proposed giving her constituents a huge tax cut.

On Wednesday, September 28, Noem announced her intention to work to repeal the state’s 4.5% sales tax on groceries during a campaign stop in Rapid City, South Dakota. She told the crowded room full of supporters her office would “deliver the largest tax cut” in South Dakota’s history if she wins a second term. She didn’t indicate how the state would offset the tax shortfall.

Noem’s announcement represented an about-face from her previous position. In February, she withheld support for a proposed state sales tax cut, calling the idea irresponsible during a time of uncertainty in the state’s agricultural industry. She said lawmakers must take a “realistic and conservative” approach to taxation.

However, on Wednesday, Noem explained that rising prices had changed the playing field. “We have seen a pound of ground beef [increase] by 25% [and] a dozen eggs has gone up 113%” since President Joe Biden assumed office.

The South Dakota legislature would have to pass the measure during its next session, which begins in January 2023.