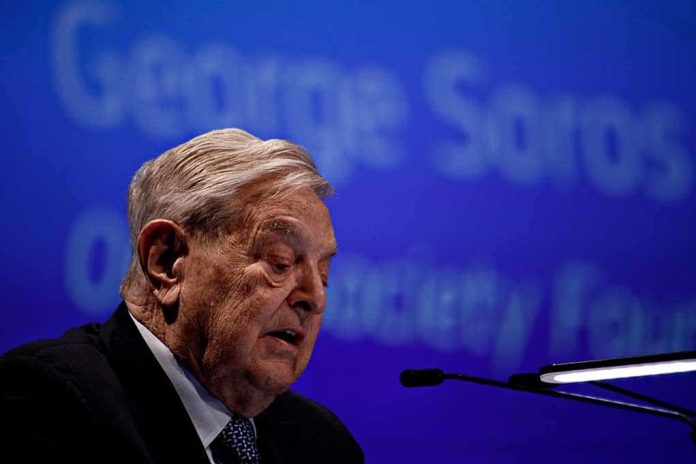 (RightWing.org) – President Biden is talking about spending $2 trillion on infrastructure improvements, with Treasury insiders hinting the real figure could be over $4 trillion – with tax increases to match. Many economists already think the COVID-battered economy can’t handle that much government spending, but far-left politicians like AOC are already pushing for even more. Now meddling billionaire George Soros is using his wealth to push the extremist demands.

Soros’s Open Society Foundation has pledged $20 million to support Biden’s spending plans, but that money won’t be going to advertising. Instead, Soros plans to spend it on “grassroots organizing” – and that means Democrat activists who lean heavily towards spending even more. Leah Hunt-Hendrix of Way To Win, a leftist donor network linked to Soros, says the Soros money will give Biden’s administration “the assurance that they need to go as big, bold and fast as possible.” With many on the Democrats’ Left already complaining that $2 trillion isn’t big or bold enough, it’s not hard to read between the lines.