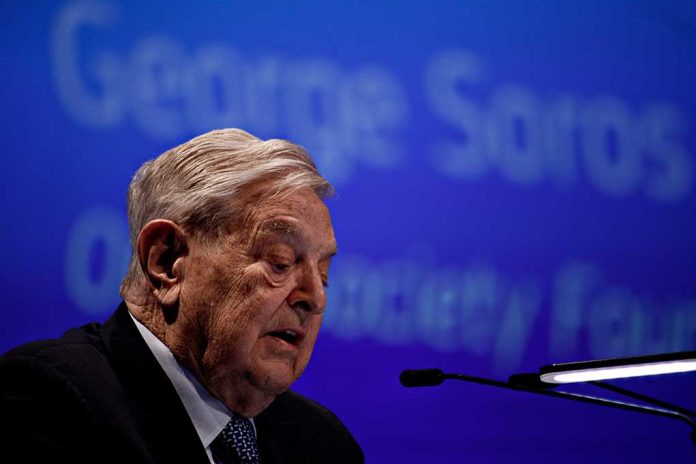 (RightWing.org) – Billionaire financier George Soros isn’t someone we usually associate with freedom and democracy; after all, he’s spent at least $15 billion trying to buy political influence without the inconvenience of running for election. So when even Soros warns about the dangers of authoritarianism, it might be time to sit up and take notice.

Talking to a think tank on January 31, Soros said 2022 would be “a critical year in the history of the world,” with the potential for a huge swing towards authoritarianism or freedom. Soros highlighted the Beijing Winter Olympics as a propaganda opportunity for China, giving the communist regime a chance to promote their system. He compared it to the 1936 Berlin Olympics, which the Nazis exploited for propaganda.

2022 will be a turning point where much of the world will pivot sharply in the direction of either authoritarianism and repression or openness, and events in #China will play a decisive role, said billionaire financier #GeorgeSoros. https://t.co/LKxFcO5bY4

Soros claimed President Biden has “generally pursued the right policies” in dealing with authoritarian states, a statement many might dispute. Yet, he was right about 2022 being a key year. As the world slowly emerges from the coronavirus pandemic, a time when many countries severely restricted personal freedoms, we’ll find out whether governments will give us back those freedoms or try to hang on to their new power.

It’s also the year when, with 100,000 Russian troops poised to invade Ukraine and Biden insisting he won’t go to war, we’ll find out if appeasement works any better now than it did in 1939. If it doesn’t, the authoritarians will win – and the rest of us will lose.