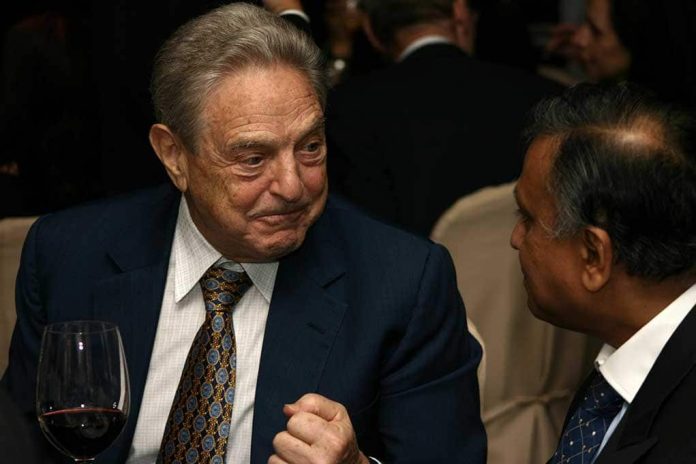 (RightWing.org) – California’s governor is in deep trouble, with around half his state’s voters wanting him removed from office. He does have one powerful friend, though. Billionaire financier George Soros is using his cash and influence in an attempt to swing this month’s recall election.

George Soros threw another $500k in support of Gavin Newsom in the recall effort. Brings his total to $1 million https://t.co/z5zedNVLJw pic.twitter.com/xZvzA6VAzs

California Governor Gavin Newsom (D) is facing a special recall election on September 14. As polls show that up to 50% of Californians are fed up with his bungled handling of the COVID pandemic, Democrats are getting nervous. Inevitably, groups have sprung up to channel money into Newsom’s campaign; equally inevitably, George Soros is contributing much of that money.

On August 30, with just over two weeks to go until the vote, Soros donated $500,000 to a group with the imaginative name of “Stop the Republican Recall of Governor Newsom.” Interestingly that was the 91-year-old Hungarian’s third donation to the PAC and brings his total contribution to a full million dollars.

Soros is exploiting a loophole in California election funding rules that place strict limits on how much a candidate in a recall election can spend – except for the incumbent, who can burn through all the cash they can get their hands on. With Soros supplying funds from the estimated $15 billion held by his Open Society foundation, Newsom has a huge and unfair advantage. But will it be enough?