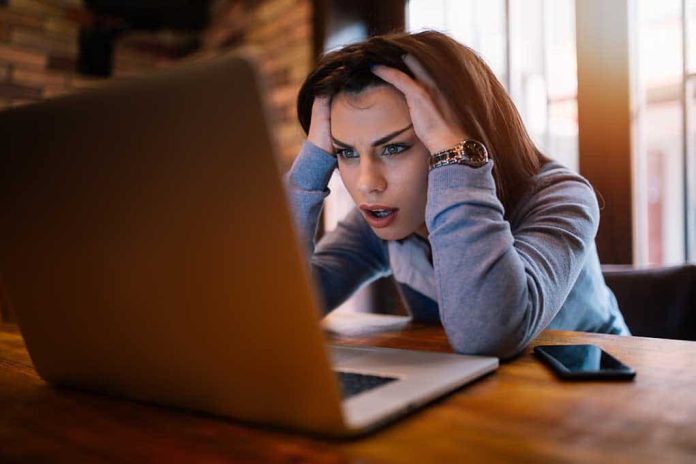 (RightWing.org) – President Joe Biden has managed to set off several emergencies in less than four months in office. The number of unaccompanied migrant children flooding the nation’s southern border has boomed. Unemployment figures for April increased. Now, the price of gasoline is on the rise. Thanks, Biden!

The Epoch Times reported on May 12 that gasoline prices hit their highest level since — well, since the last time Biden was in the White House — 2014. The American Automobile Association (AAA) Website confirms that the national average price of gas per gallon is slightly higher than $3. Retail prices on the West Coast range between $3.14 and $4.11 a gallon.

Gas prices this week hit the highest level since 2014, in the wake of a cyberattack that led to one of the nation’s largest pipelines being taken offline. https://t.co/4UsnWf0ppu

While it’s easy to claim the rise in prices is due to the recent cyberattack on the Colonial Pipeline and its temporary shutdown, that doesn’t tell the whole story. The average price of gasoline in April hit $2.79, a year-on-year increase of nearly a dollar.

Yes, the cyberattack has led to gas shortages along the nation’s East Coast. Yes, those shortages will likely have a snowball effect throughout the United States. However, that short-term crisis doesn’t explain Biden’s long-term problem with the price of gas.