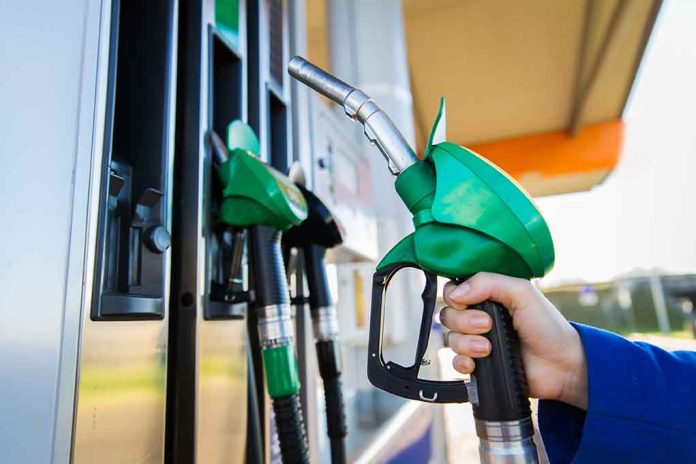 (RightWing.org) – Is it possible that gas prices could offer some relief to Americans wary of working more to pay for the gas to get to work? It depends on who you listen to. Most say don’t expect the gas prices to fall too steeply. As China’s economy begins to reopen, creating more demand for oil, and hurricane season gets underway in the Gulf of Mexico, unforeseen forces are looming in the oil and gas markets. Still, on Monday, June 27, gas prices retreated from $5.00 per gallon.

So, is a drop in gas prices good or bad? It appears that the oil and gas market is responding to potential pitfalls the US economy may face in the distant future. As inflation continues to eat away at how far a dollar goes, many economists debate whether or not a recession is looming. If that occurs, it would likely dampen demand for gasoline, which is what many analysts suggest is the driver of the most recent drop in gas prices.

US in Uncharted Territory

As the outlook for a global recession increases each week, oil prices have started to drop in response. On Monday, June 27, the national gasoline price declined to $4.897 per gallon. That’s down from $5 earlier in June, but is still significantly higher than the $3.095 a year ago.

Gas prices are determined by several factors, among them are supply and demand. The market assumes two things:

Some analysts believe gas prices could drop even more in the coming weeks, but prices won’t likely go lower than $4.50 per gallon.

Still, if the US experiences a powerful hurricane, it could send prices back up above $5 as storms mess with oil refineries along the gulf coast. Plus, with July and August being the busiest gas demand months of the year, America isn’t out of the woods, and your bank account isn’t safe yet either.