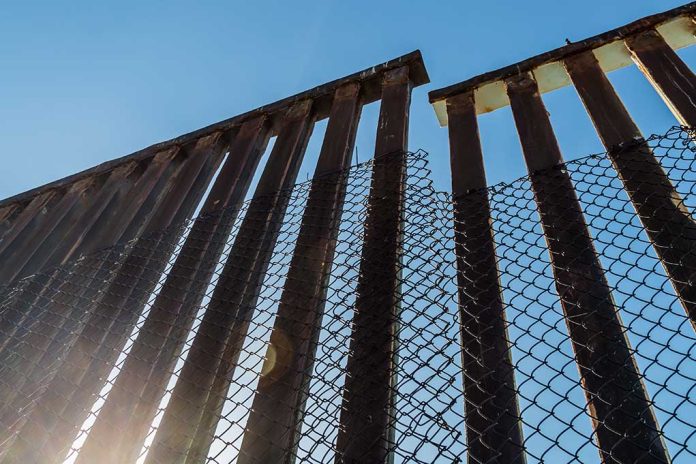 (RightWing.org) – Former President Donald Trump constructed 225 miles of the border wall between Arizona and Mexico before leaving office. About 20 miles of the wall remained under construction, but incoming President Joe Biden cut off funding for further construction his first day in office. Now, it appears that drug traffickers have found a way to breach the sections of wall already built.

On September 12, Gateway Pundit contributor Julian Conradson reported on his recent trip to the Arizona border. As he noted, huge portions of the border wall along some of Arizona’s most heavily trafficked drug routes had been removed, presumably by drug traffickers.

In one of the most heavily trafficked drug routes in Southern AZ, huge chunks of the southern border wall have been cut out and left wide open

Photographs taken from his trip show missing sections of the wall large enough for an automobile or small truck. Indeed, tread marks on the ground indicated a flood of vehicles through the breaches.

It's worse than I thought..

Apparently Trump's wall was working too well, so they cut a few GIANT holes in it for the illegals#BidenDisaster #Arizona pic.twitter.com/5Kbijkwr2M

Drug trafficking in Arizona is bad enough the state enrolled all four of its border counties in the federal government’s High-Intensity Drug Trafficking Areas (HIDTA) program in 1990. It provides federal funding and assistance to state, local, and tribal enforcement agencies through the US Office of National Drug Control Policy.

How many other border protections has Biden dismantled during his short time in office? It’s not just the flood of illegal migrants across the southern border imperiling law-abiding Americans’ lives and livelihoods.