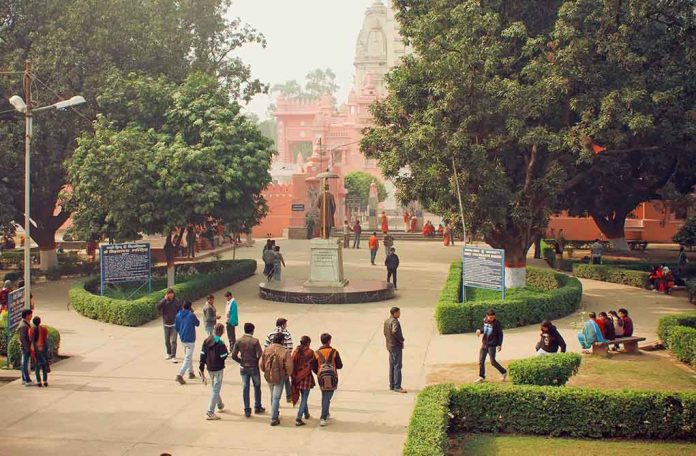 (RightWing.org) – The University of California, Berkeley proudly proclaims itself to be “the home of the Free Speech Movement.” Of course, it’s a famously liberal school, so what that really means is the freedom to say things the Left agrees with. One of the things they don’t agree with is Judaism.

.@UCBerkeley is a taxpayer-funded university.

Nine student groups have now stated that they will bar Jews—and let's be clear: that's what they're saying; to target "Zionists" is to target Jews—from their programming.

It's time for legal action.https://t.co/tP8iKGXwKy

At the start of the new academic year, nine student groups at Berkeley’s law school — all of them special interest groups, including Women of Berkeley Law, Law Students of African Descent, and the Queer Caucus — amended their bylaws to ban invites to any speaker that supports Israel or Zionism.

The school’s dean, Erwin Chemerinsky, says the new rules ban himself and 90% of Berkeley Law’s Jewish students. Chemerinsky also rejects claims that these groups have a right to make their own rules on free speech. The new bylaws aren’t protecting the groups’ free speech, he says; they’re restricting that of Zionist students.

Zionism is the current politically-correct target for hate among far-left students and academics. The University of Southern California recently hounded a Jewish student government member out of office, and student activists at Tufts tried (but failed) to do the same thing. Two sexual assault victims at the State University of New York were forced out of a survivor’s support group because they’re Zionists. And, as the Jewish Journal pointed out last week, when leftists say “Zionist,” what they really mean is “Jew.”