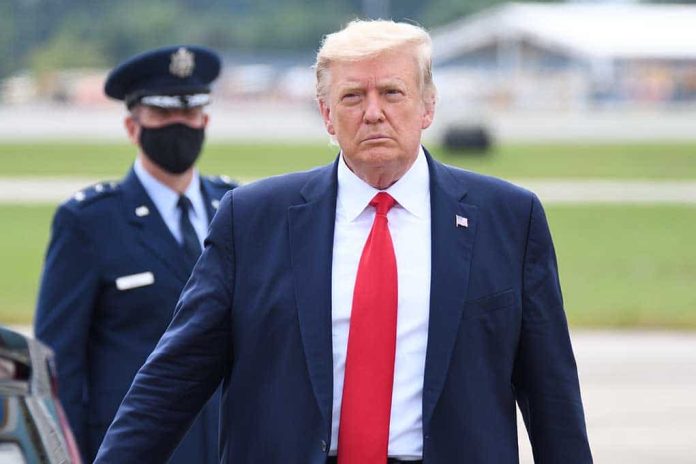 (RightWing.org) – When Fox News announced their new show, Unfiltered with Dan Bongino, it sounded like just what we need in this era of political correctness and fake news. Unfortunately, it seems the show has more irony than integrity — because it’s filtering its guests’ words already.

On August 7, former President Donald Trump appeared on Unfiltered for a no-holds-barred interview about how the country’s doing since the end of his term. The two had a lively discussion about all the big issues facing the US, from the Mexican border crisis and the spread of wokeness to the ongoing COVID pandemic. It seems there are some things Fox doesn’t want to talk about, though.

When the discussion turned to the 2020 election, Trump mentioned the suspected voter fraud that’s still being investigated in several states, and referred to it as a “fake election.” That went out on the show – but when Fox uploaded the interview to its YouTube channel there was a sudden silence at that point before Trump headed back to safer ground and the sound came back on.

Trump spokeswoman Liz Harrington slammed Fox for the censorship, calling them “as bad as Big Tech” – and she’s probably right on the money there. YouTube is Big Tech; it’s owned by Google and the liberal company is known for its censorship of viewpoints it doesn’t agree with.

Is the fear of censorship the reason for the dead air on the video? We may never know, but if even Fox News is running scared of the tech companies we have a real problem – and no solution in sight.