(RightWing.org) – Fox News anchor Sean Hannity has intervened in the growing debate about Georgia’s January runoff elections, urging Republicans to vote. His call for support follows growing discontent about the disputed presidential election’s outcome and suggestions of a boycott.

Newt Gingrich: "Georgia Senate runoffs in danger of 'being stolen' by Democrats."https://t.co/w4oDWrARQr

Incumbent Senators Kelly Loeffler (R-GA) and David Perdue (R-GA) both failed to win majorities in last month’s election and face a runoff vote on January 5. However, with many Republicans turned off by the farcical events of November 3 and the vote counting that followed, there’s a real danger apathy will let the Democrats take both seats – and, with them, control of the Senate.

Pleading with Georgia Republicans not to give up, Hannity told them that “while you have every right to be disgusted,” the country needs their votes to prevent the catastrophe of a Dem majority in the Senate. Referencing the extreme socialist plans of many on the Democrat left, he said Georgians “need to go to the polls for the sake of the country.” 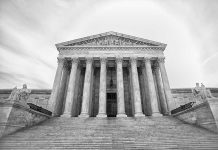 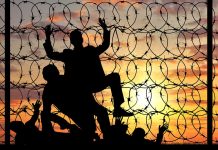