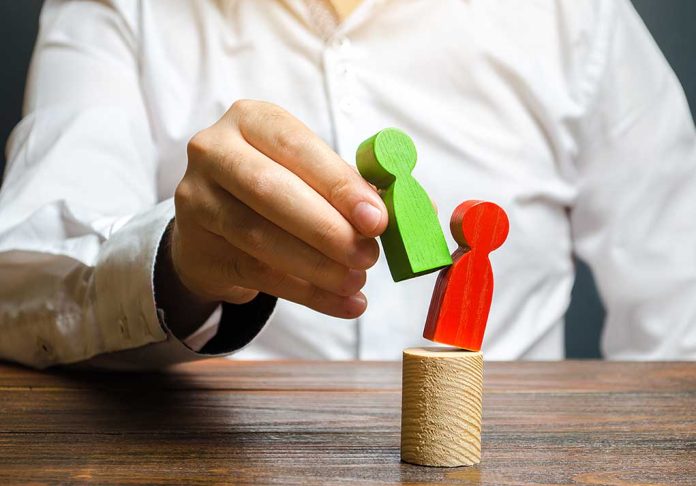 (RightWing.org) – New York Governor Andrew Cuomo (D) is circling the drain. There’s a list of senior Democrats now calling on him to resign following devastating evidence of sexual harassment. What would his resignation mean for the people of New York, though? Well, it’s good news for once.

Should Gov. Cuomo be impeached, or choose to resign, New York's Lt. Governor Kathy Hochul would be next in line and would become the state's first woman to hold the position. https://t.co/uRNYbgCHNO

If – and it’s now looking more like when – Cuomo goes, his replacement will be Lieutenant Governor Kathy Hochul (D). A steelworker’s daughter from upstate New York, Hochul’s origins are in the moderate wing of the Democratic Party, although she’s adopted more “progressive” positions since being picked as Cuomo’s deputy. Nevertheless, she was once endorsed by the NRA for her support of Second Amendment Rights and she voted against giving drivers’ licenses to illegal immigrants in 2007. This week, Hochul has been fiercely critical of Cuomo, calling his behavior “repulsive.”

So, how soon could Hochul step up into the governor’s office? That’s partly up to Cuomo. If the governor gives in to the growing pressure and stands down, Hochul will become governor. If Cuomo tries to hold on to his office, it would take a bit longer – but maybe not much longer.

New York’s Assembly Committee is due to meet on August 9, and a majority of its members say they’ll vote for impeachment. If that vote doesn’t force Cuomo out, the impeachment process itself could take months, but it’s hard to see how Cuomo could survive it.

So, by the end of the year, Kathy Hochul is likely to be New York’s first female governor.