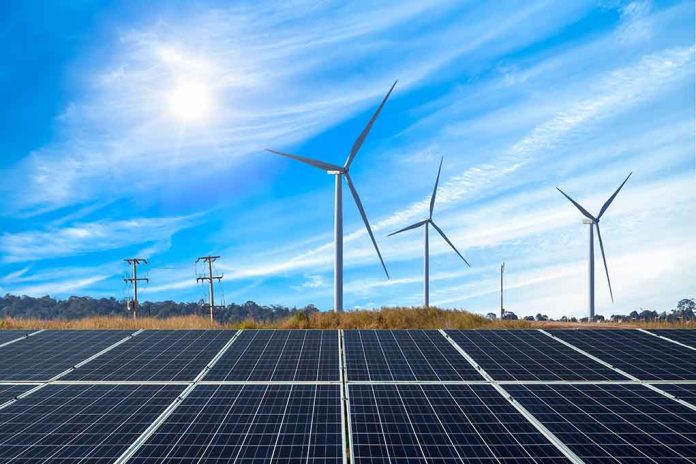 (RightWing.org) – A Democratic Party consultant who made a fortune working for green energy companies has just been put in charge of a huge federal investment fund. Now he’ll be able to hand out taxpayer money to businesses that have paid him thousands in consulting fees. Why is the Biden Administration ignoring such a huge conflict of interest?

Democratic consultant John Podesta, who Biden tapped to oversee a multibillion-dollar climate investment fund, discussed those investments with an environmental group that had him on the payroll just months before.

John Podesta is the classic Washington insider. He’s worked on Capitol Hill on and off for over 40 years, holding positions in every Democratic administration since Jimmy Carter’s. In between times, he runs Podesta Group, a liberal lobbying firm, and moonlights for green energy companies. Along the way, he’s earned millions of dollars in consulting fees and now has a net worth of up to $28.4 million, according to the Washington Free Beacon.

In September, President Joe Biden appointed Podesta to a new role — distributing $369 billion of clean energy tax credits and incentives. That’s raised some eyebrows because Podesta is now in charge of handing out vast sums of money, and some of the companies it could go to have paid him for his services.

For example, on October 31, Podesta and Treasury Secretary Janet Yellen chaired a “stakeholder roundtable” on investing in clean energy. The aim was to discuss how to spend that $369 billion, and one of the 15 “stakeholders” at the meeting was Galvanize Climate Solutions. Between December 2021 and August 2022, just a month before he got his new job, Galvanize paid Podesta $84,000 for his advice.

Experts say that while Podesta hasn’t technically broken any laws by bringing former clients into a funding meeting, this looks a lot like putting the fox in charge of the henhouse.