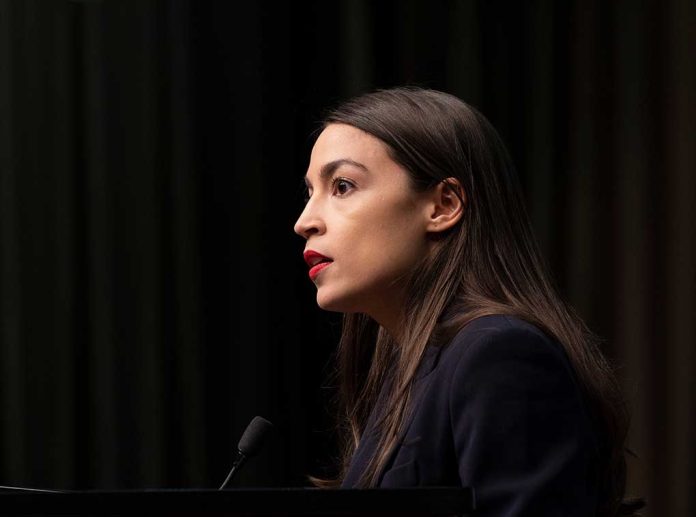 (RightWing.org) – A new wave of violence hit New York on Tuesday, with a high-profile terrorist attack on the subway followed by a string of deadly shootings. In total, three people died, and violence left at least 41 people wounded. How much worse would it have been if leftists managed to defund the police?

On April 12, Frank James allegedly opened fire in a crowded subway car in Brooklyn, wounding ten and leaving 19 more people injured in the panic. Then, in the hours following the attack, three people were fatally shot in the Bronx in separate attacks and at least five more New Yorkers suffered gunshot wounds. Mayor Eric Adams (D) has promised residents a “visible police presence” to deter future crimes — but some in his own party have other ideas.

This guy had 12 prior arrests, but lets listen to @AOC @ManhattanDA and about 2/3rds of the Dem Party who want to defund the police — Brooklyn shooting suspect Frank James taken into police custody https://t.co/HyihxpiN8y via @nypmetro

Even as violence swept the city on Tuesday, Progressives used the subway attack to claim enforcing the law is an “inefficient” way to prevent crime. Ex-cop Mayor Adams is saying the right things, but New York needs proper policing, and it needs the public to support the police. Too many Democrats are working against those principles.