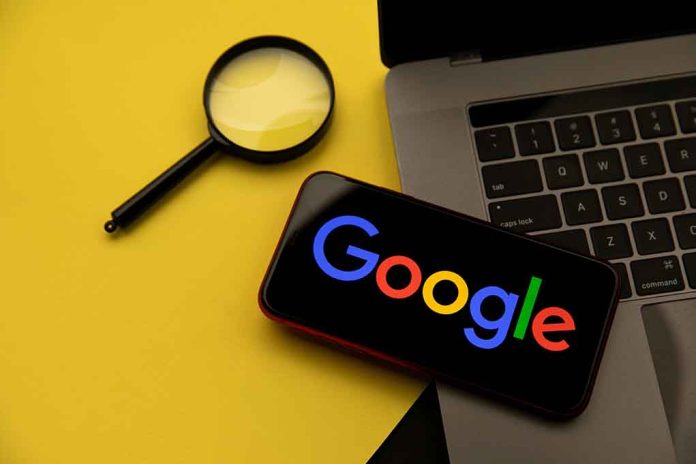 (RightWing.org) – Last April, the Republican National Committee (RNC) complained that Google’s algorithms had discriminated against GOP fundraising efforts before the 2020 election. Last week, federal officials dismissed the complaint. They didn’t actually say it was wrong, though — they just said that if Google had discriminated, it wasn’t deliberate.

An FEC investigation turned up "no reason to believe" that Google tried to use Gmail spam filters to hide emails from Republican candidates #ReasonRoundup https://t.co/Q5IjPDqi7q via @reason @ENBrown

In April 2022, four North Carolina State University computer experts presented a paper at the Association for Computing Machinery’s web conference. The paper, “A Peek into the Political Biases in Email Spam Filtering Algorithms During US Election 2020,” revealed that the spam filters of popular email apps “exhibit biases towards different political affiliations” — and that the biggest, Google’s, showed a heavy left-wing bias. In fact, Google’s filters marked 8.2% of liberal fundraising emails as spam, compared to a massive 67.6% of conservative ones.

It’s probably no surprise that the Republican Party wasn’t too pleased to hear about this. Shortly after the paper was released, the RNC filed a complaint with the Federal Election Commission (FEC), alleging that Google’s biased filtering benefited the Democrats and therefore counted as an unreported campaign contribution.

Last week, the FEC responded, informing Google it was closing the file. According to the Wall Street Journal, the agency sent a letter to the tech giant, and it didn’t dispute the bias reported in the paper but said it had found no evidence that Google had done this on purpose. According to the FEC, Google had “credibly supported” its argument that the anti-spam algorithm is there for commercial reasons, and the fact it junked Republican emails more than eight times as often as Democratic ones was “inadvertent.”

Google immediately trumpeted the FEC’s decision, with spokesman José Castañeda claiming it “reaffirms that Gmail does not filter emails for political purposes.” The RNC isn’t convinced, though. Spokesman Nathan Brand said Google can’t explain why its filters erased GOP emails at a much higher rate, and reminded the company a lawsuit in California is still pending. He warned that the RNC will keep the pressure on the tech giant for “putting its thumb on the scales to help Democrats.”