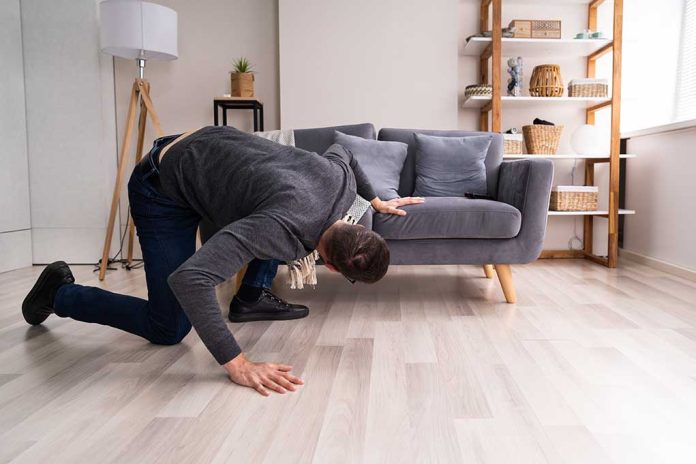 (RightWing.org) – A government transparency advocacy group has accused ICE of failing to properly track at least 380,000 non-citizen detainees. The Transactional Records Access Clearinghouse (TRAC) at Syracuse University filed a Freedom of Information Act (FOIA) request asking the agency to provide anonymized statistics on people being monitored under its Alternatives to Detention (ATD) program. ICE finally responded on December 22, advising TRAC that it found no matching records.

Officials with @ICEgov are unable to locate any records of #IllegalAliens placed in a federal program to “ensure non-detained non-citizen compliance with release conditions, court hearings, and final orders of removal,” according to @TRACReports. https://t.co/tP9FqqN5cC

In the letter, ICE states it searched its Enforcement and Removal Operations (ERO) system in an attempt to locate the data TRAC requested. Officials were apparently unable to identify even a single matching record, and it isn’t yet clear why.

ICE did caution the advocacy group that its inability to find the information wasn’t necessarily proof it didn’t exist. But pre-existing statistics from Customs and Border Patrol (CBP) seem to prove the government released at least 378,000 individuals on parole and into the ATD program over the past year. So, where did the data go?

Theoretically, ICE should be able to identify and hand over information on each of the monitored individuals at any given time. The fact that it couldn’t find anything at all has experts at TRAC, and many others, understandably concerned.

In a December 23 statement, the advocacy group condemned the agency for being unable to locate the data and suggested anyone relying on the information should exercise extreme caution. However, TRAC did acknowledge ICE had yet to provide access to source documents, and thus, it couldn’t yet verify or disprove ATD statistics.

It isn’t clear whether the missing data is an administrative oversight or a symptom of a much larger problem. Concerns about the government’s inability to track migrants are far from new, as record-breaking numbers of non-citizens have been crossing the southern border monthly for several years now. If ICE can’t manage to track them, where are they really going after they come into the US?