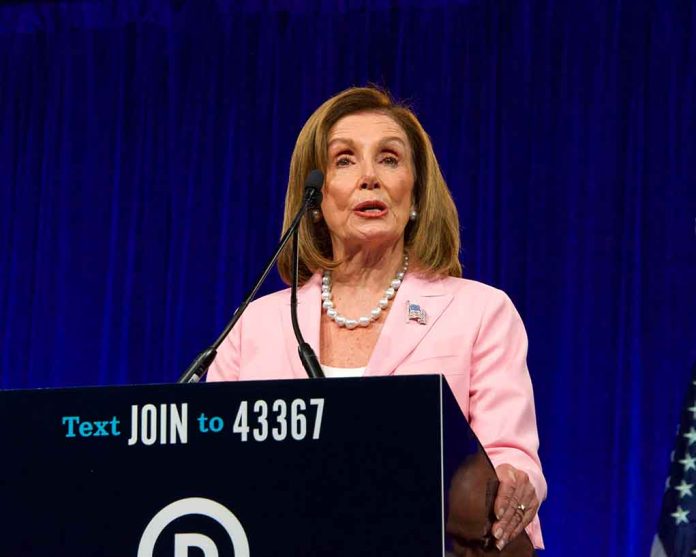 (RightWing.org) – Since the October 28 attack on the House Speaker’s husband, Democrats have been screaming about how Republicans are to blame. Now the alleged attacker, who’s currently in a San Francisco jail, is being protected from federal law enforcement and immigration enforcement — by Democrats. Any conservative who’s ever criticized Speaker Nancy Pelosi (D-CA) is being treated as a villain, but as soon as Dems realized the man who bludgeoned her husband was an illegal immigrant, he became a victim.

Last week, the Department of Homeland Security announced an immigration detainer on David DePape, the Canadian illegal immigrant who’s been arrested and charged with the hammer attack on Paul Pelosi. Now, San Francisco Democrats, who still haven’t realized that they could have prevented the assault by deporting DePape years ago, have closed ranks — around the alleged perpetrator.

On November 3, just hours after DHS announced the detainer, San Francisco District Attorney Brooke Jenkins said the feds can’t have him. “San Francisco is a sanctuary city and our policy is sacred,” she insisted, referring to city laws that ban local law enforcement from cooperating with federal immigration officers. “We will not be collaborating or coordinating with ICE.”

The San Francisco County Sheriff’s Office doesn’t seem quite so sure. A spokesman said that the sheriff reviews each ICE case to check if informing federal agents of an illegal immigrant’s release date is allowed under the notorious sanctuary laws. Of course, DePape might never be released anyway — if he’s denied bail, tried and convicted, he faces life in prison.