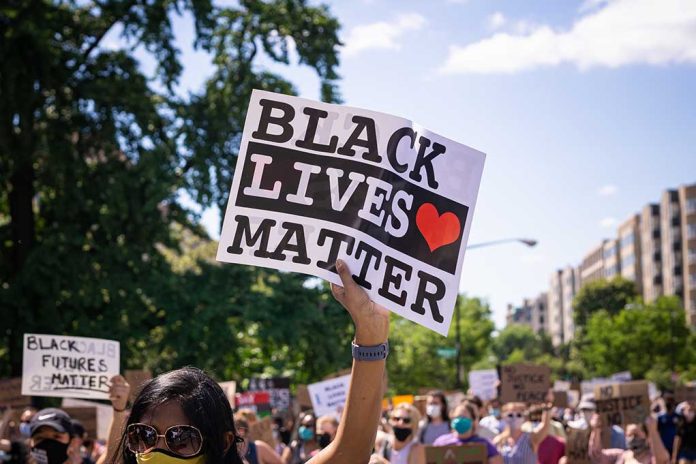 (RightWing.org) – Former President Donald Trump signed the CARES Act into law on March 27, 2020. Congress passed the measure to provide economic relief to individuals and businesses to offset the impact of the COVID-19 pandemic. As one might expect, some individuals filed fraudulent claims to game the system, like Clark Grant, the husband of a former Black Lives Matter activist.

On Tuesday, October 19, the US Attorney’s Office for the District of Massachusetts announced Grant’s arrest for wire fraud and making false statements on a mortgage application. Prosecutors alleged Grant, 38, fraudulently obtained nearly $68,000 in unemployment benefits under the CARES Act for 16 months, ending in September 2021. According to prosecutors, Grant collected a full-time salary during that time frame at an unnamed company.

"Clark Grant, 38, of Taunton, is accused of collecting more than $67,000 in pandemic unemployment benefits while at the same time working and taking home a full-time salary of close to $70,000 a year
He is the husband of Monica Cannon-Grant…"https://t.co/2bQGDY0DfH

Prosecutors also alleged Grant provided false information on a residential mortgage application as part of an effort to obtain a loan to purchase a house costing roughly $410,000. Local news outlets elaborated on the charges, reporting Grant worked as the director of Violence for Boston, an organization founded by his wife, who openly admits to having operated as a Black Lives Matter activist in the past.

Grant reportedly listed the charity’s bank account as a personal asset on the mortgage application in question. Charging documents quoted a federal agent stating his belief “Grant [knew] he could not claim the nonprofit’s funds as his personal assets.”

If convicted, Grant faces up to 20 years in prison for falsely collecting unemployment benefits and up to 30 years for providing false information on a loan and credit application. Additionally, he faces fines totaling $1.25 million.