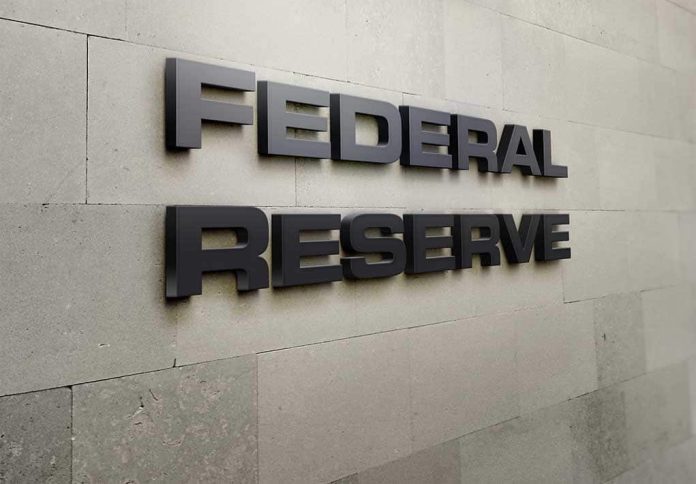 (RightWing.org) – Created on December 23, 1913, the Federal Reserve (the Fed) operates as the central banking system of the United States. The Fed performs various functions to promote the overall health of the nation’s economy and the stability of its financial system. However, its latest maneuver caught the eye of Republicans — and not in a good way.

Fed board of governors member Lael Brainard announced the creation of a new committee to address the risks of climate change during a virtual conference on Tuesday, March 23.

According to Brainard, the committee will assess potential shocks to the nation’s economy by climate change and its impact on businesses, households, and communities. She claimed that climate-related risk evaluation is critical to ensuring individual firms don’t pass risks over to another party.

As Sen. Pat Toomey (R-PA) and other Republican Banking Committee members noted in their letter to the Fed, studying the impact of climate change risks falls outside the scope of its stated mission. They also expressed concern the Fed’s action regarding climate could throttle future investment in the nation’s fossil fuel industry.