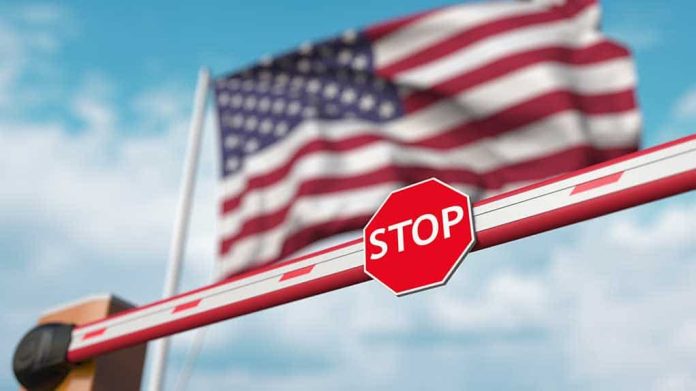 (RightWing.org) – Joe Biden’s presidency is in free fall. While Afghanistan dominates the news with stories about the president’s mishandling and potential mistruths about the withdrawal fiasco, other critical revelations are coming to life. On Friday, August 13, a federal judge in Texas struck another major blow to Biden’s immigration policies.

Judge Matthew Kacsmaryk of the United States District Court for the Northern District of Texas ordered the Biden administration to reinstate the Trump-era Migrant Protection Protocols (MPP), also referred to as ‘Remain-in-Mexico.’ It’s another in a string of court losses for Biden after he declared he would defend “the rule of law” after referring to former President Donald Trump as lawless. In at least seven significant cases, federal courts overturned Biden’s actions, ruling them unconstitutional, yet there’s scarce news about his lawless moves.

Another Blow to Biden’s ‘Rule of Law’ Administration

In 2019, the Trump administration implemented the Remain in Mexico program with two goals in mind:

Since Biden terminated the policy in June, 13,000 asylum seekers entered the US. In his 53-page ruling, Kacsmaryk stated that a memo from Homeland Security Secretary Alejandro Mayorkas formally ending the Trump-era program violated the Administrative Procedure Act (APA) for failing to consider the “benefits” of the program.

Additionally, the judge found that the two plaintiffs, Texas and Missouri, demonstrated sufficient “injury” due to increases in human trafficking and rises in other violent crimes as the border crisis continues to spiral out of control.

Two Can Play at That Game

Biden’s lawlessness is unquestionably hypocritical. Democrats alleged President Trump initiated unilateral actions and violated the APA for much of his presidency. Texas and Missouri Republican attorneys general learned how to stop Biden’s plan from the Democrats. The same arguments they made are now successfully being used against them as Biden races to undo Trump’s policies.

The court made it very clear. Kacsmaryk said that the administration’s unilateral actions to terminate Remain in Mexico were “arbitrarily and capriciously” enacted.

Why is that important?

The APA prohibits agencies from taking actions that are “arbitrary, capricious, an abuse of discretion, or otherwise not in accordance with law.” Here’s where things get really interesting.

Kacsmaryk said federal law provides the means for the Remain-in-Mexico policy because Congress gave the Department of Homeland Security (DHS) the discretion to forego mandatory detention in the United States. He wrote, “contiguous-territory-return authority enables DHS to avoid having to detain aliens arriving on land from Mexico (or Canada), and instead allows DHS to temporarily return those aliens to the foreign territory from which they just arrived pending their immigration proceedings.”

Kacsmaryk added that MPP isn’t about enforcement proceedings because migrants are awaiting an asylum ruling by a federal judge. “The only question MPP answers is where the alien will be while the federal government pursues removal — in the United States or Mexico.”

Now that law is actually being applied over emotions, what will the Left do about it? If they appeal, it may be a difficult hurdle for the Biden administration to overcome. Once again, a federal judge is putting immigration law back on Congress to amend if it doesn’t like it.

We all know where that’s going: on a train headed to nowhere.