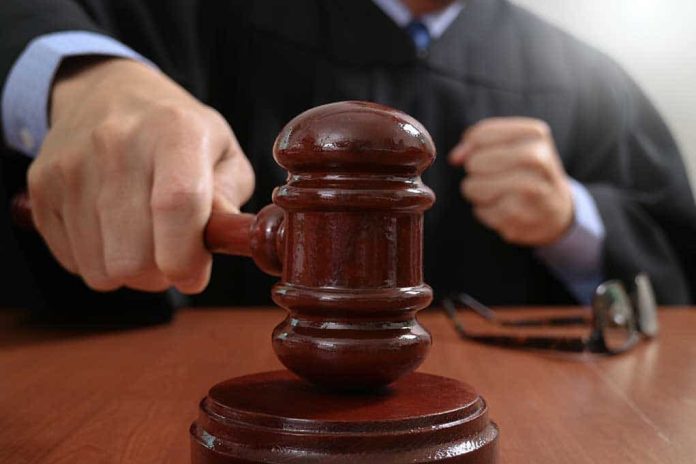 (RightWing.org) – In 1787, when our country’s founders ratified the Constitution, they laid down clear principles to preserve liberties and prevent the government from infringing on citizen’s rights. When it does, citizens have a right to speak out against the government publicly. The government cannot take legal action to silence dissent.

Until recent times, people expressed their political views in public spaces such as sidewalks, streets, and public parks. Since 2010, social media has become a new arena for people to express their interests, ideas, and even political views. It is now the dominant form of communication. There’s just one problem: social media platforms are businesses that hide behind private ownership to censor political speech and anything they don’t like.

In Florida, a new law aimed at social media companies prohibited a ban on the political discourse of politicians. After an industry trade group representing Big Tech sued, a federal judge determined the state was likely to lose. However, if Supreme Court precedent matters, the judge’s ruling could quickly get overturned.

What’s at stake? Earlier this year, Facebook banned former President Donald Trump, GOP politicians, influential conservatives, and those it disagreed with on political issues. The social media giant claimed the bans were put in place to protect the public from hate speech and speech that could incite violence in the wake of the January 6 riot on Capitol Hill. The social media policy was very subjective and seemed to only be applied to conservatives. It was the first time in American history that politicians were silenced for their political views.

On Tuesday, June 29, federal District Court Judge Robert Hinkle ruled that tech industry groups NetChoice and the Computer and Communications Industry Association would likely prevail in their claim that Florida’s new law is unconstitutional. He issued an injunction against the law prohibiting it from going into effect on July 1. The groups represent Facebook, Twitter, and Google. Florida’s new law would allow the state’s election commission to fine social media companies between $25,000 and $250,000 per day for violations when banning politicians on their platforms ahead of an election.

Judge Hinkle ruled that, as a private company, Florida does not have a “legitimate government interest” in protecting free speech rights on private, non-governmental platforms. Translation: Facebook is free to do whatever it wants with its privately, non-government-owned platform.

The Judge’s Ruling May Run Afoul in Higher Courts

In 2017, then-Supreme Court Justice Anthony Kennedy wrote in Packingham v. North Carolina that social media was one of the “most important places … for the exchange of views.” He stated that the internet is a public forum and serves the same purpose as a public street or park. Kennedy held that the “public forum doctrine” shouldn’t be limited to physical outdoor spaces.

In April, Supreme Court Justice Clarence Thomas wrote that digital platforms which make themselves freely and openly available to the public “resemble common carriers” and “places of public accommodation.” Thomas said the problem of a private business’ right to censorship is not universal. He added that the legal system has a long history of subjecting companies as “common carriers” required to serve everyone equally. That’s especially true when a company, aka a “carrier,” “possesses substantial market power.”

Stay tuned. This argument is just heating up.