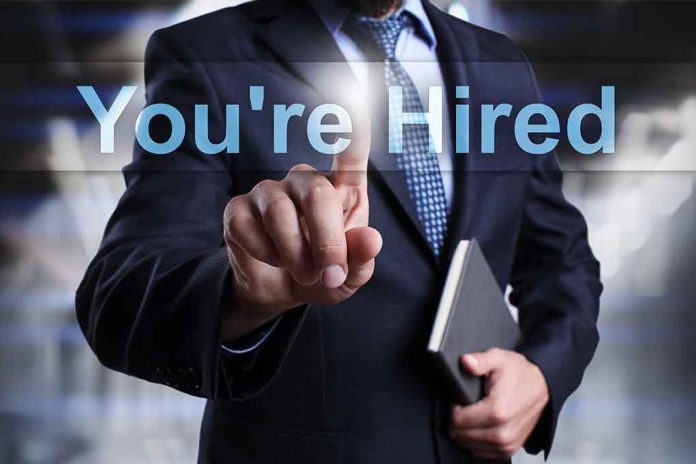 American Workers REPLACED – Right Here In The US!

(RightWing.org) – America’s labor workforce isn’t all it may seem. While unemployment may be coming down, other indicators show Americans may not be securing jobs that provide for their needs or wants. While some employers need help, many prospective employees in professional fields aren’t so fortunate. The federal government may be to blame.

Over the last several decades, American companies have outsourced jobs to inexpensive foreign visa workers. Each year, their number has grown substantially, especially in the science, technology, engineering, and math (STEM) fields. It seems the politicians incentivized corporate America to create a business model that hurts white and blue-collar employees.

Did the Government Create an Environment Allowing Corporations to Replace American Workers?

In addition, the government isn’t tracking how many overseas individuals are in the country on work permits or the roughly eight million illegal immigrants working under the table for US employers.

The H-1B visa allows large corporations to replace Americans with foreign counterparts — primarily in STEM professions. In 2015, the media exposed that Disney forced highly skilled and paid technology professionals to train lower-paid hirelings on an H-1B visa. Once the US employees complied, Disney issued them pink slips. It’s a process that has occurred at companies such as Google, FedEx, and others.

In December 2021, the Economic Policy Institute revealed corporations who hired H-1B visa contractors underpaid foreign workers to the tune of $95 million. It comes while President Joe Biden wants to forgive school loan debt, and those with STEM degrees are forced to work in other fields despite their qualifications.

In 2021, the Census Bureau reported that out of 50 million college graduates, 37% had degrees in science or engineering. Yet, only 14% actually worked in a STEM field. Things aren’t much better in blue-collar professions. The Center for Immigration Studies said H-2B visas cost Americans jobs and lost wages in landscaping, conservation, construction, fishing, and meatpacking.

While it’s obvious more oversight is needed in the visa program, there is something you can do if you suspect a company is abusing the system. You should definitely inform the US Department of Labor and let them know what is going on.