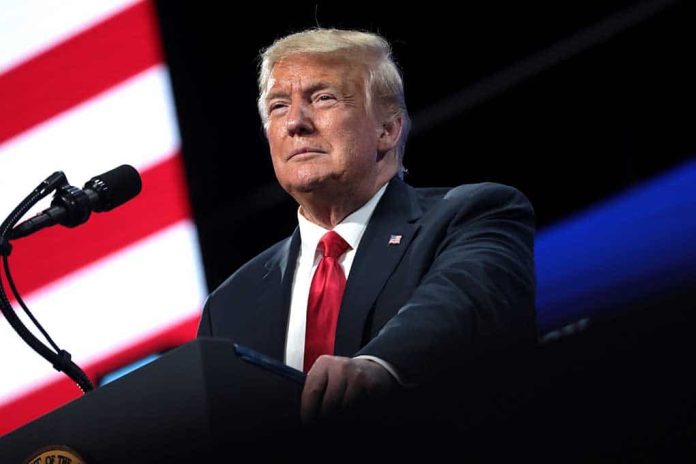 (RightWing.org) – The art of the deal requires a lot of patience and finesse. At times it requires a long-term strategy, particularly regarding the volatile subject of immigration policy. The country currently relies on laws put in place between 1965 and 1990.

However, a cunning leader like President Donald Trump knows how to maneuver around those archaic statutes through the precise use of executive orders and proclamations.

A perfect case in point is the December 31, 2020, decision by the 9th US Circuit Court of Appeals to reinstate the president’s ban on the entry of immigrant visa applicants who can’t demonstrate they have the means to pay for healthcare insurance within 30 days of admission or can cover “reasonably foreseeable” medical bills.

A federal appeals court ruled to lift a ban on President Trump’s proclamation that blocks #Immigrants from entering the US if they lack health insurance or the means to pay for hospital bills. https://t.co/jFEvunFINf

A lower court issued a temporary injunction on the ban in October 2019, and the Trump administration filed a prompt appeal. The case was argued and submitted before the 9th Circuit on September 2, 2020, and roughly four months later, the court handed down its ruling.

Siding with President Trump, the 9th Circuit ruled the lower court “abused its discretion” when it blocked the president’s lawful proclamation and removed the injunction.

The decision is a huge win for supporters of stricter immigration control, and it’s another example of President Trump making good on a campaign promise.