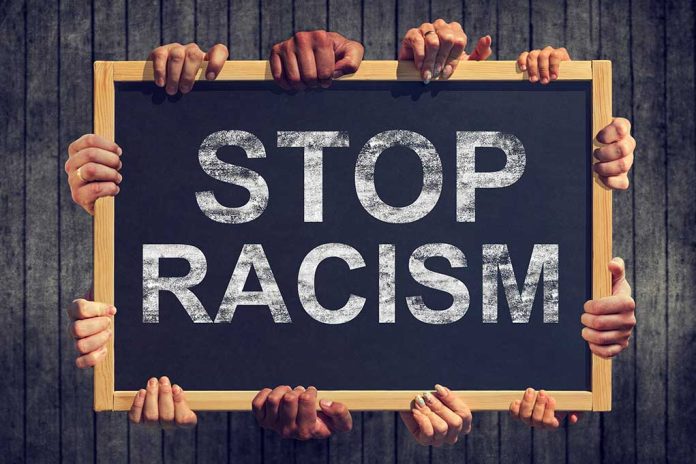 (RightWing.org) – Racial discrimination in all forms is a “poison” to society and America’s political and government institutions. Unfortunately, it seems that under President Joe Biden, the government is intent upon trading one form of discrimination for another in its attempt to somehow solve the problem of racism. It’s a circle that never ends, and it’s the government that is now going round-and-round.

For months, Biden said that systemic racism exists throughout the institutions of government. His language is toxic. Yet, his actions could be worse. On Tuesday, May 18, a federal judge ruled that the Biden administration used racial and gender discrimination to release pandemic aid under the American Rescue Act (ARA). The decision could create ripples throughout the federal government and society.

According to the judge’s ruling, the Biden administration violated the United States Constitution in its implementation of COVID-19 relief for restaurants. Federal Judge Reed O’Conner ruled that the Biden administration engaged in illegal reverse discrimination and sexism by putting minorities, women, and socially and economically disadvantaged people ahead of the line in distributing funds under the American Rescue Plan.

Cafe owner Philip Greer filed a lawsuit against the Small Business Administration (SBA) alleging that minority business owners and women were getting preferential treatment in the distribution of funds to help their businesses. Greer is white, and the small business owner said he needs the same rescue as everyone else after government lockdowns significantly harmed his business and employees.

In the ARA, Congress created the Restaurant Restoration Fund. Greer learned through the application process that his application couldn’t be considered until applicants of color, women, and socially and economically disadvantaged people got the funds first. It’s likely funds would dry up before he would become eligible.

In his ruling, Judge O’Connor found in favor of Greer and ordered the SBA to “process and consider the Plaintiff’s application as of May 13, 2021.” On May 24, the court heard a preliminary injunction hearing regarding the administration’s actions.

Good Intentions Are No Excuse

According to George Washington University Constitutional Law Professor Jonathan Turley, it’s obvious the administration did not ask if “preference” should be given over a common resource that everyone needs. Nor did it ask if the government should be allowed to prioritize certain groups ahead of others. Just as important, they didn’t ask if historical disparities justified giving racial and gender preference when all restaurants were impacted by COVID-19.

If they did, the answer would likely be obvious to them.

Unfortunately, the administration is pursuing identity politics in the legal distribution of government funds. It must believe that it’s impossible to discriminate against white people. Fortunately, neither the Constitution nor the law sees color.

In 1989, the US Supreme Court ruled that when the government gives preference to one group over another, it violates the Equal Protection Clause. In City of Richmond v. J. A. Croson Co., the court ruling set a clear precedent. It stated that the government doesn’t have a license to put together a “patchwork of racial preferences.” It added that using racial classifications as “legislative assurances of good intention cannot suffice.”

The final outcome of Biden’s actions is far from resolved. However, anti-discrimination laws apply to everyone, not just a few. Other cases are going against the government and US colleges as it relates to racial preference in admitting students and financial aid. Other government programs are likely to come into question, including minority farmers getting government aid ahead of white ones and other rules based on race and gender criteria.

The world is upside down. It shouldn’t be. Instead of striving for equality for everyone, the Biden administration’s reverse racism policies could be running rampant and unchecked throughout the government.

Biden’s rhetoric and actions are not solving the problem of discrimination. Unfortunately, America now needs the courts to draw the lines based on equality for all found in the law.