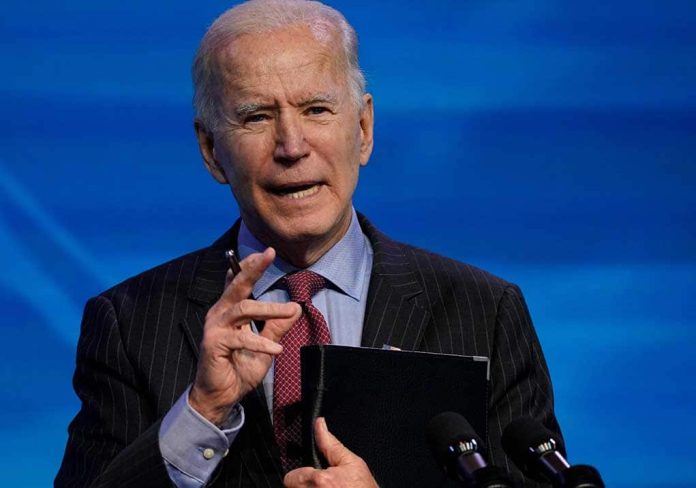 (RightWing.org) – On Sunday, September 19, the internet exploded with the publication of a series of disturbing photos and video clips of mounted Customs and Border Protection (CBP) agents whipping migrants with their reins at the US-Mexico border. The images showed the horseback agents attempting to drive migrants, mainly Haitians, toward Mexico and away from the US side of the Rio Grande River.

The Biden administration quickly tried to distance itself from any responsibility for the situation, as one might come to expect by now. Homeland Security Secretary Alejandro Mayorkas announced the temporary suspension of the agents involved in the incident, pending the conclusion of a formal probe.

Horse riders are LOL that Biden's ppl know so little about horses and reins. The real horsing around is Joe's team pretending to control border. South end of north bound horse!

In the meantime, several CBP agents and other border security officials are speaking out about the Biden administration’s response to the situation. According to them, Biden and other lefty Liberals are using the incident as an opportunity to divert attention from the administration’s failure to maintain security at the nation’s southern border.

One agent told reporters that Vice President Harris basically threw the agents to the mercy of the media to cover up for the fact the administration has no intention of changing its border policies, despite the expanding crisis there.

Isn’t it about time for the mainstream media to start holding Biden and his accomplices accountable for their failures?